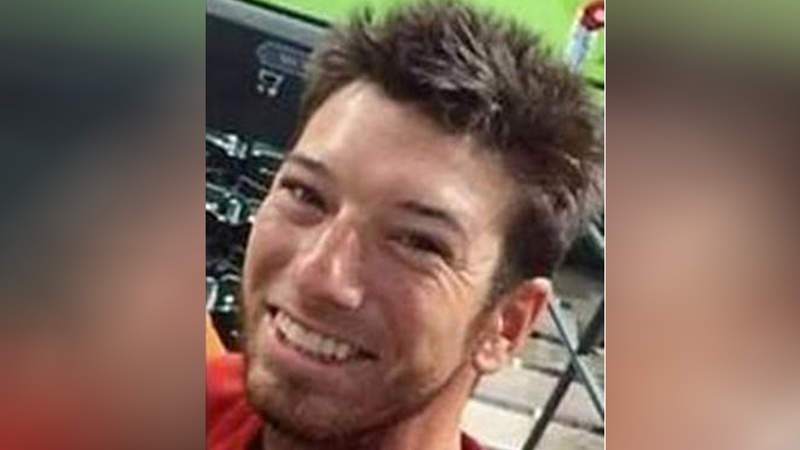 Search for man missing since 2017

HOUSTON, Texas (KTRK) -- Houston Crime Stoppers is asking for the public's help finding a 25-year-old man who has been missing for the last 10 months.

Chase Allen Lackey was last seen on July 1, 2017 outside his apartment at 6200 East Sam Houston Parkway near Wallisville Road in northeast Harris County.

According to Texas EquuSearch, which is also working to find him, Lackey was outside to walk his dog.

This is believed to be Chase Lackey's dog.

Authorities say they strongly suspect foul play. They also believe that Chase may have been associating with people involved in illegal activity, leading to his disappearance.

Officials searched his apartment. His truck and all of his belongings were still there.

"We would just really like everyone to take a look at the photos and if anyone knows anything at all, high or small. You may not think it will help, but it may be the key to bringing Chase back," said his father Craig Lackey.

Chase's father says he last saw him June 30, 2017 when he watched him play softball in a recreational league. He said Chase's last words to him were, "I love you, pop."

Houston Crime Stoppers is asking for the public's help finding a 25-year-old man who has been missing for the last 10 months.

Chase has a scripture tattoo on his right arm. He has two more tattoos on his left wrist and the chest area over his shoulders.

He was last seen wearing red shorts and no shirt.

"Chase is our son. I'm just begging for anything good or bad. Just please call and let us know something so we can have some peace because this pain is unbearable," said Chase's mother, Debbie Diaz.

You can also call Crime Stoppers at 713-222-TIPS. The agency says it will offer up to $5,000 for information leading to arrests or charges.