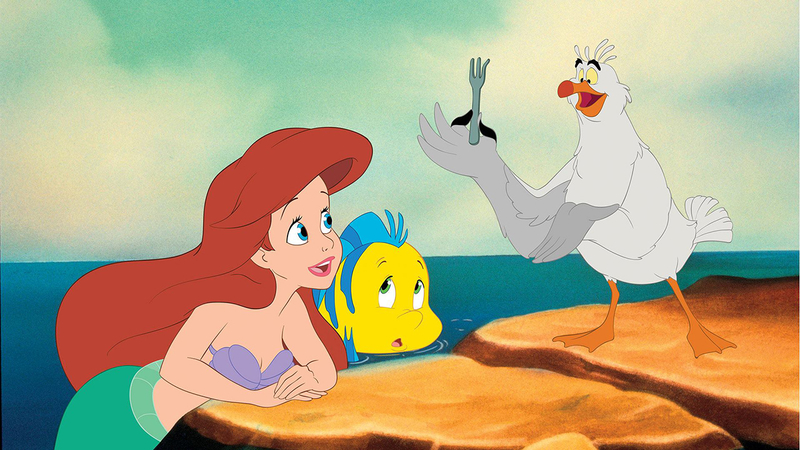 The Little Mermaid has been "Part of Your World" for nearly 30 years!

The classic Disney animated movie hit theaters on November 17, 1989, and was instantly regarded as a hit by critics and fans alike.

Yet even the most loyal fishes may not know these fun facts about their favorite "tail."

-- Have you ever noticed that colors in the opening scene seem muted? It's because they are! Filmmakers wanted to save the brightest colors for under the sea scenes.

-- When we first meet King Triton, he's addressing a group of merpeople. Yet if you take a closer look, you can see Mickey Mouse, Goofy, and Donald Duck in the crowd!

-- As many know, "The Little Mermaid" is based on a fairytale by Danish author Hans Christian Andersen. However, at the end of the original 1837 tale, the young mermaid protagonist dissolves and turns into an ethereal spirit.

-- In the original story, the sea-witch is not a prominent character. She doesn't even have a name!

-- Ursula was originally portrayed as a spinefish or a scorpionfish with lots of spikes and spines. Instead, filmmakers made her a cecaelia, a mythical hybrid between an octopus and a human.

-- Did you notice Flounder's face when talking about Scuttle? He physically transforms into the seagull!