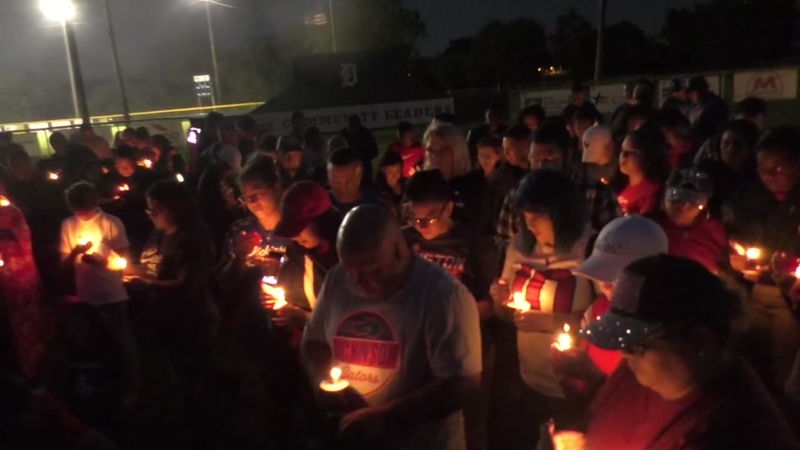 WEBSTER, Texas (KTRK) -- A candlelight vigil gave loved ones a chance to grieve and celebrate the life of a local little league coach killed in a hit-and-run collision.

Adrian Gonzalez, 24, was killed when a driver hit him with a car and left him to die in a ditch near Challenger Seven Memorial Park in Webster.

The vigil was held at the Little League baseball fields, where Gonzalez coached.

"He had a life full ahead of him. He had so many things going for him. This has hit hard. Really hard," his mother, Erica Penry told Eyewitness News after her son's death on Monday, Oct. 15.

As of Saturday night, Webster police are still looking for the driver.