The family moved to the U.S. in 2019 from Afghanistan after fleeing from "threats that were posed to us," Lina's father said.
KTRK 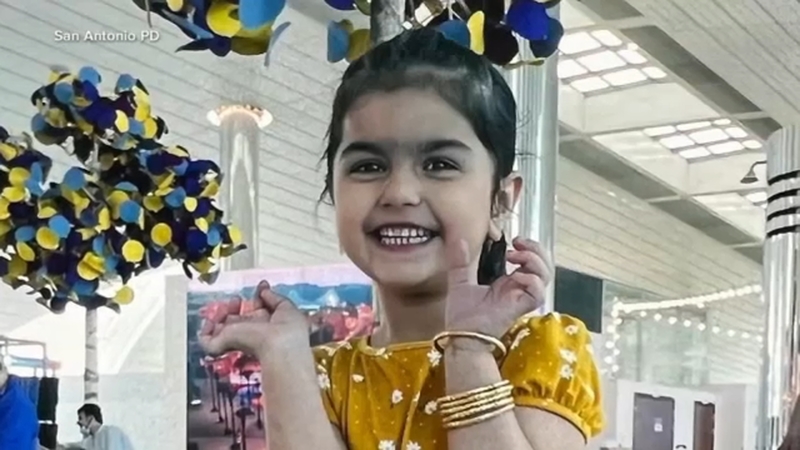 SAN ANTONIO, Texas (KTRK) -- An Amber Alert was discontinued Friday afternoon for a 3-year-old girl from San Antonio, Texas who had been reported missing on Dec. 20, 2021, according to police.

On Wednesday, a 12-member FBI dive team flew in from Washington, D.C. and joined the search for Lina Sardar Khil. Lina's family reported the little girl was at the playground of a northwest San Antonio apartment complex with her mother, who had walked away briefly and found the child missing upon her return.

The FBI deployed its Underwater Search and Evidence Response Team from Washington D.C. this morning to assist in fully investigating a lead.

We have not spared any resource or given up hope in finding Lina.

At about 12:15 p.m. Friday, the San Antonio Police Department canceled the alert but did not provide any other information on Lina or whether she was found.

The SAPD Public Information Office later elaborated on the discontinuation, in this statement:

First, we want to once again reassure the family of Lina Sardar Khil and the community that our investigation and search for Lina has not stopped. We will continue to diligently continue combing through leads in hopes of locating Lina and reuniting her with her family. Recently, a decision was made to suspend an Amber Alert for Lina.

Amber Alerts are a tool used in investigations. While the Amber Alert for Lina has been suspended, it's critical to communicate that Lina is still a missing person and once again, we continue to follow-up on leads and actively search for Lina.

The Missing Persons case involving Lina Sardar Khil is an active investigation. The SAPD in partnership with our federal partners have worked tirelessly on finding Lina. Every tip received by concerned citizens through our Missing Persons Unit is received and actionable information is relayed to the appropriate SAPD follow up unit. From the onset of Lina's disappearance, we requested assistance from multiple law enforcement agencies; state and federal partners assisted immediately with every reasonable resource available in locating Lina. The Amber Alert is one of these available tools. Today, the investigation continues. Lina is an active missing person. We ask anyone with information on Lina's case to contact our Missing Persons Unit at 210-207-7660 or Crime Stoppers at (210)224-7867. We will communicate substantial updates on Lina's case via our social media platforms.

This is all the information we have to release at this time.