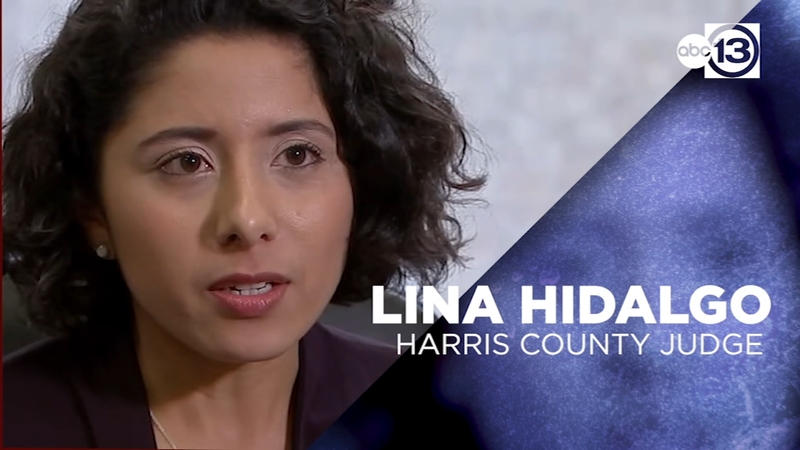 Meet the woman who calls the shots for Harris County

EMILY's List, the influential group that works to elect Democratic women who support abortion rights, named Hidalgo as its 2021 "EMILY's List Gabrielle Giffords Rising Star Award" winner, a designation that brings with it exposure to national donors and other powerful Democratic constituencies.

"We are honored to announce Judge Lina Hidalgo as the recipient of the 2021 EMILY's List Gabrielle Giffords Rising Star Award," Emily Cain, EMILY's List's executive director, said in a news release. "Lina, the first woman and first Latina to be elected Harris County judge and only the second to be elected to Harris County's Commissioners Court, truly embodies the values this award represents by leading with compassion, commitment to community, and as a champion for families."

"Under Lina's leadership, Harris County has made tremendous progress toward becoming a more safe, equitable, and just community for all of its residents," Cain added. "We are proud to recognize Lina's fearless leadership and positive impact on her community, and celebrate her as a rising star and inspiration to others in American politics."

Hidalgo shocked the Texas political scene in 2018, when at the age of 27 she won her post as the county judge of the third-largest county in the nation. Her management over the last year of the COVID-19 crisis and expanded access to voting often put her at odds with state Republican leaders and elevated her profile in progressive circles.

She is often mentioned as a potential gubernatorial candidate this cycle.

EMILY's List initiated the Rising Star Award in 2014 and its namesake is former U.S. Rep. Gabrielle Giffords of Arizona, who retired after she was shot in the head in a 2010 mass shooting incident in Tucson, Arizona. Giffords' husband, retired astronaut Mark Kelly, is now a U.S. senator representing Arizona. The first recipient of the award was former Georgia House Minority Leader Stacey Abrams. Hidalgo is the first Texan to win this recognition.