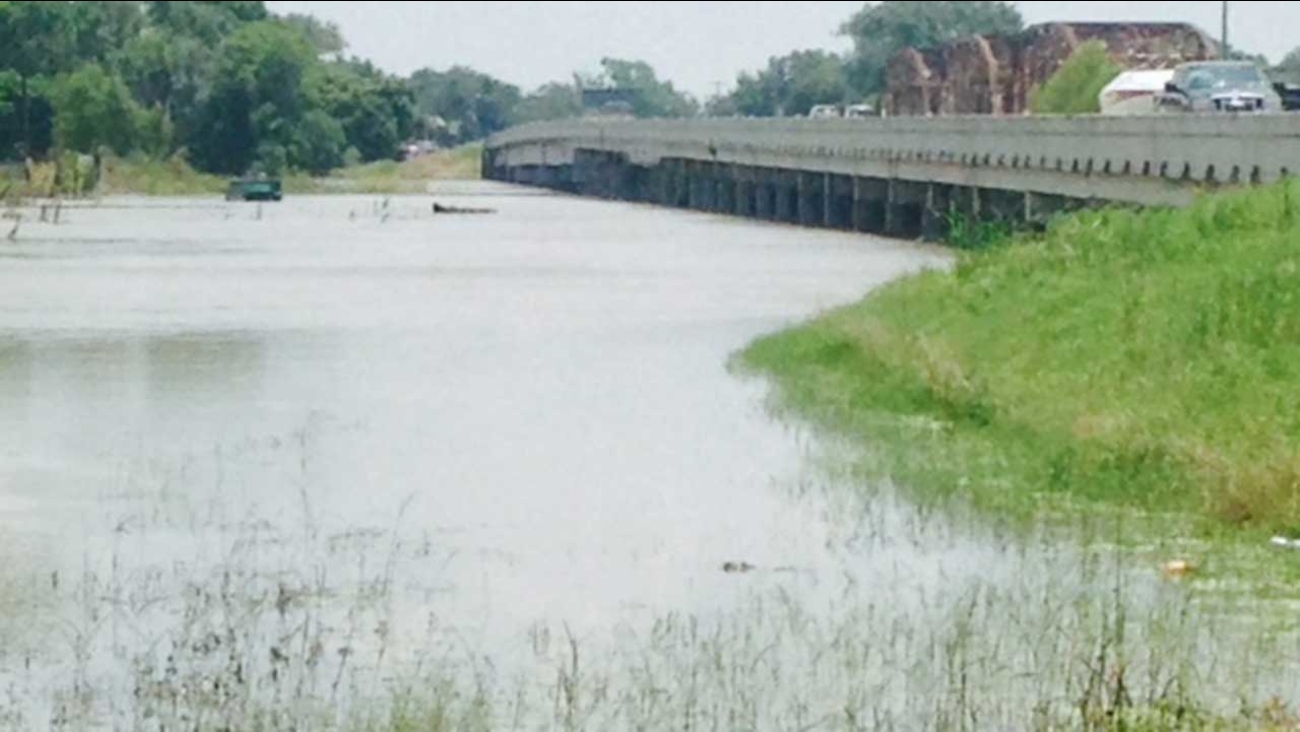 LIBERTY COUNTY, TX (KTRK) -- While Houston is dealing with the aftermath of flooding, including trash pickup and repairs, it is far different story in Liberty County.

In the Trinity River bottoms, between Liberty and Dayton, sits the Liberty Bell Ranch. What was rolling pastureland is now a lake that is 3 miles across.

The only way in and out, even now, is by air boat, which is how owner Pat Henscey feeds some two dozen cattle that have been stranded there for nearly a week.

The rest of his herd, some 200 cattle were rounded up by cowboys and herded along highway 90 on Sunday. In Dayton, people lined the street to see a Texas tradition revived because of a flood emergency.

"It was hard on those cows," says Henscey. "It was so hot they had to stop and drink water from ditches along the way."

It's been hard on them since.

"We're going to send some of them to market this weekend," he said. "The cows are struggling because of the calves. It's either that, or the cows will dwindle down and die."

Some of the calves are two weeks old.

Back at the submerged ranch, the cattle that didn't make the drive remain on a spit of land, part of a levee that failed to keep out the river, but provided at least a bit of dry ground for the animals.

"There is ungodly death out there," said Henscey. "Possums, raccoons, armadillos and deer. We lost a lot of fawns"

Since the Trinity spilled over its banks, he estimates the water has receded a few inches, but it continues to rush onto his property.

It is second only to the flood of biblical proportions people here recall that happened in 1994. The difference is that Liberty Bell ranch wasn't Henscey's then.

In financial terms, he has lost money. He estimates he lost about a hundred head of cattle, and the ones he will sell have lost weight.

The good news he says is that the flood will create a lot of grass on which future herds can graze.

That will require the water to recede, and he estimates that will take a lot of time.