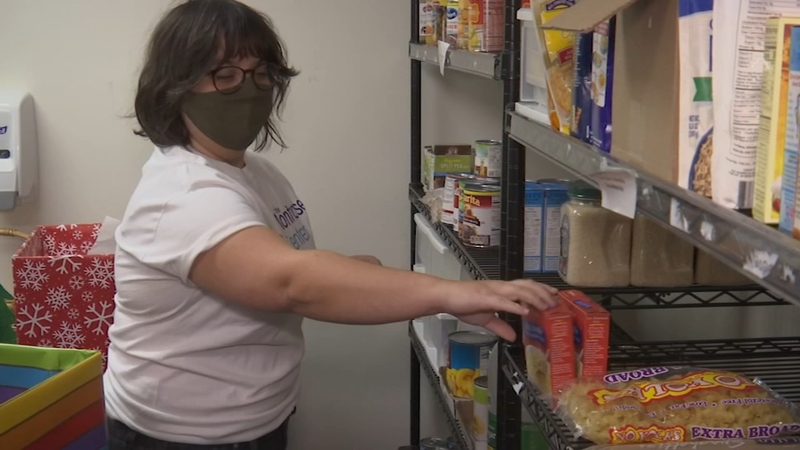 HOUSTON, Texas (KTRK) -- While one in every five Houstonians faces food insecurity, the issue of hunger is compounded for aging members of our LGBTQ+ community.

With twice as many LGBTQ+ seniors marking the holidays alone compared to their heterosexual and cisgender peers, the Greater Houston LGBT Chamber of Commerce is drawing attention to the urgent need for meals as part of its second annual food drive.

Friday, volunteers will collect nonperishable food items to support seniors in need through the Montrose Center's holiday boxes program. Donations can be dropped off at:

You can also click here to make a virtual donation.

While this can be a season of joy and memory making for some, there are others among us who struggle during this time of year, including our LGBTQ+ seniors.

"These people have lived through the AIDS crisis, they lost a lot of friends, they are the ones who fought so hard for the rights we have today," said Austin Davis Ruiz with the Montrose Center. "Because of that, they faced a lot of discrimination throughout their lives, so they have less money saved for retirement."

Ruiz said these seniors are also more likely to live in social isolation, as many don't have family members supportive of their sexual orientation or gender identity.

"That really does put stress financially and mentally as well on our LGBTQ seniors that are living with food insecurity," he said.

Data shows about 13.1% of LGBTQ+ adults live in households where there was sometimes or often not enough to eat on a weekly basis, compared to 7.2% of non-LGBTQ+ adults.

The Montrose Center reports LGBTQ+ women are especially at risk for food insecurity; roughly 24% of lesbian, bisexual, and heterosexual WSW (women who have sex with women) reported past 12-month food insecurity, versus 13.1% of exclusively heterosexual women.

For Tammi Wallace, the chamber's co-founder, president and CEO, the opportunity to give back to these seniors looms large, especially in December.

"These are seniors, many of them have paved the way for, really, the rights that we have today, the liberty, the freedom we enjoy as an LGBTQ+ community," Wallace said. "There is a lot more we need to do, but they truly have paved the way and we cannot let them go hungry, and certainly not during the holidays."

This year marks the Montrose Center's 25th year feeding the hungry through its holiday boxes program.

"I feel like I won the golden ticket!" The Law Harrington Senior Center is the largest LGBTQ+ affirming and affordable senior center in the nation!