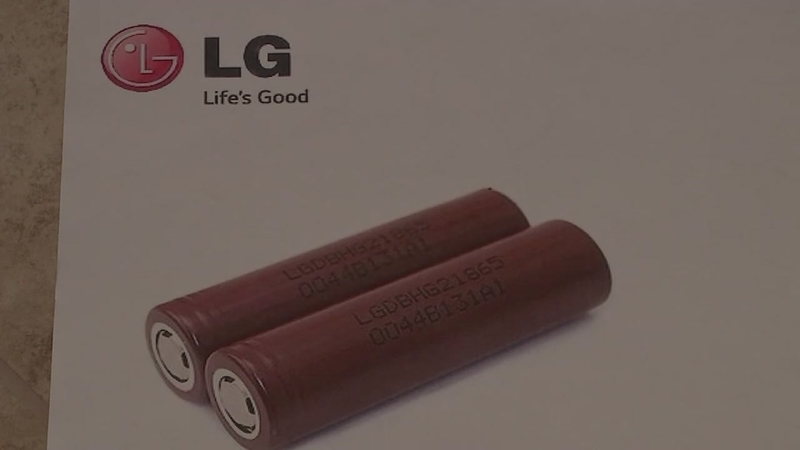 HOUSTON, Texas (KTRK) -- Battery burn is the basis of a new lawsuit filed Thursday in Harris County on behalf of two men whose e-cigarette components exploded and left them with extreme injuries.

The suit is against LG Chemicals, which manufactures the batteries, and the two vape stores that sold them.

Glenn Granger says his life hasn't been the same since April 2017. He was doing some photography work along the streets of Austin when he felt his pocket start to heat up.

"I grab the battery and it's just burning my hand, and flames are just shooting out of one side. It burnt like the whole side of my leg," he explained.

Granger's battery for his e-cigarette caught fire in his pocket. It was not inside the e-cigarette at the time, so once he saw it charred, it was easy to tell that what was the problem.

The same thing happened to Jose Flores earlier this year. He says flames from the battery shot up to three feet in the air.

"Burns are some of the worst injuries humans can suffer. Some of the most painful injuries that humans can endure. In this particular case, second- and extreme third- degree burns," attorney Jason Gibson said.

The lawsuit filed on behalf of Flores and Granger is specifically against LG Chemicals America, Inc., which manufactured the HD2 18650 batteries. Absolute Vapor, LLC and Max and Zach's Vapor Shop, Inc. are also listed. The lawsuit claims they sold Granger and Flores the batteries.

"A battery that you're using for your vape or for your e-cigarette, but in reality, it can be a regular grenade," Gibson said.

Needless to say, Granger no longer uses e-cigs, and he has made it his mission to warn everyone he sees using those and vape pens to be mindful of the batteries.

"I see other people vaping and I just try to give them a warning, especially if they're using these modified vaping devices," Granger said.

We reached out to everyone listed in the lawsuit. Absolute Vapor on FM 1960 didn't have a working phone number and has a sign on its door saying it experienced a power outage.

Max and Zach's just heard about the lawsuit and is reviewing it.

LG couldn't get us connected to the right person, and when we did get a person on the line, the representative wanted to transfer us to corporate in South Korea. There were some language barriers, but we're told someone will call us back.