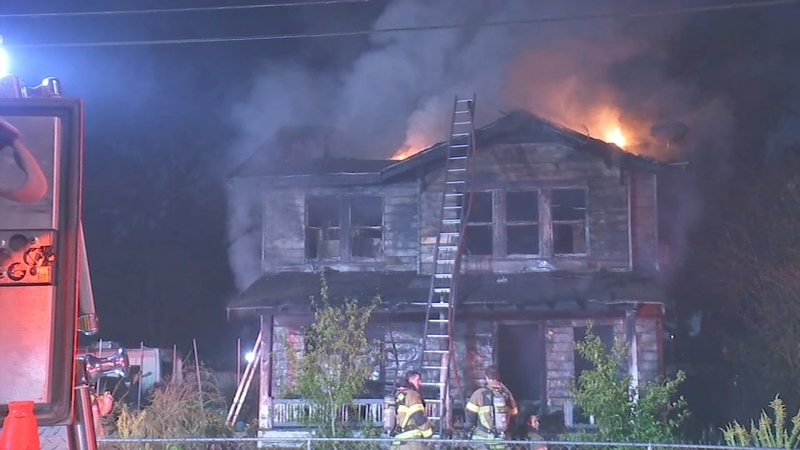 HOUSTON, Texas (KTRK) -- A two-story home was consumed by fire Saturday night and appears to be a total loss.

Neighbors called 911 after seeing flames coming from the structure. Nobody was home at the time.

Firefighters encountered an electrical line down in the yard as they worked to douse the flames.

"We did have some difficulty extinguishing the fire because of the heavy fire load," HFD District 45 Chief Jospeh Leggio said. "The fire traveled into the attic. We were unable to set up any aerial devices in order to make an attack on the roof, so we had to work from ground ladders and work with our deck guns."