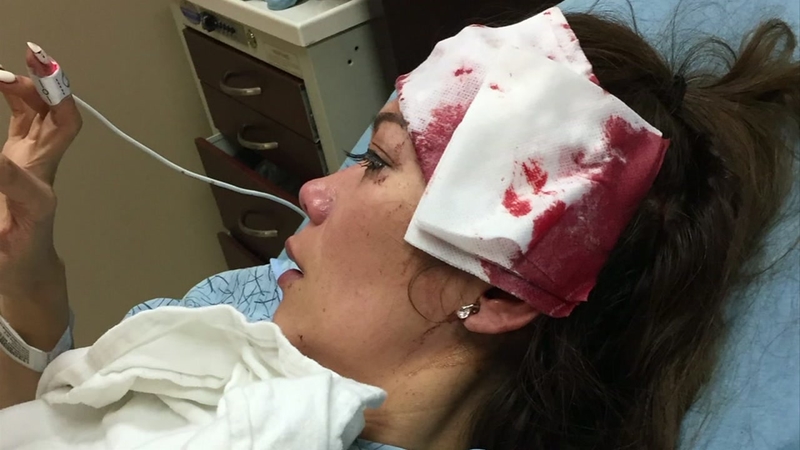 HOUSTON, Texas (KTRK) -- The former Ms. North America 2017 is speaking out after she says she was body slammed and robbed when she tried to sell her electronics through an app.

The woman was using the popular app "Letgo," which allows users to buy and sell items to people in their area, when she was assaulted.

Police say the incident happened despite the woman doing a lot of things right.

The woman, who only wanted to be identified as Abby, told Eyewitness News that she arranged to meet the men inside the lobby of an apartment complex.

Abby says she was showing the men an iPad she was selling when one of them tried to run off with it.

She immediately grabbed his back to stop him, but ended up sandwiched between the two men.

Abby says the struggle continued outside, where she was body slammed into a brick wall, causing her to black out for 40 seconds.

She said the suspects then ran off with her phone, iPad, $10,000 in jewelry, and her handbag.

Abby is still recovering from the three fractures and large gash on her head that she sustained during the assault.

"I'm just happy I'm alive and I'm able to tell my side of the story to let others (know) to be very, very, very careful out there when doing transactions," Abby said.

Her 11-year-old son, who witnessed the entire encounter, was able to help authorities release a sketch of one of the suspects.