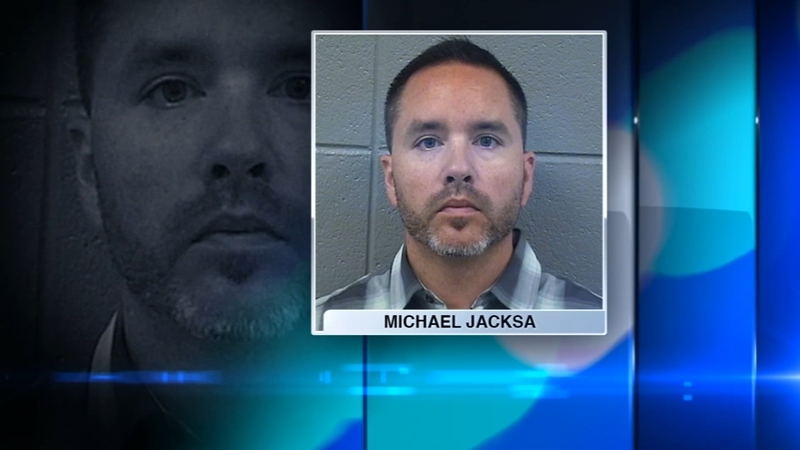 LEMONT, Illinois -- A counselor is charged with sexually assaulting a female patient during therapy sessions at a residential treatment facility in Lemont.

Until his arrest, 40-year old Michael Jacksa was working as a licensed therapist at Timberline Knolls.

Police said he sexually assaulted a patient on several occasions earlier this year. He's now charged with four felony counts and being held on $1 million bond.

Timberline Knolls is a private facility that treats women with addiction problems from substance abuse to eating disorders.

In the wake of the charges, several security guards were stationed at the entrance.

Police allege Jacksa assaulted a 29-year-old woman he was counseling during two separate counseling sessions between May and late June earlier this year.

Jacksa lives in nearby Joliet but no one came to the door when ABC7 stopped by.

The private treatment facility sits on a large piece of property in Lemont. It has had a higher profile recently since treating singer Demi Lovato, who has spoken publicly several times about the treatment she received at the facility.

Company officials had little to say about Jacksa. They released a statement saying in part, "Due to privacy and confidentiality laws protecting our residents, we cannot comment on the allegations. We are cooperating fully with officials involved in the investigation."

The statement also said the company has a zero tolerance policy for any activity that endangers the physical or emotional wellbeing of a resident.

Since they announced the charges Lemont police said several other former patients have come forward alleging Jacksa sexually assaulted or abused them also.