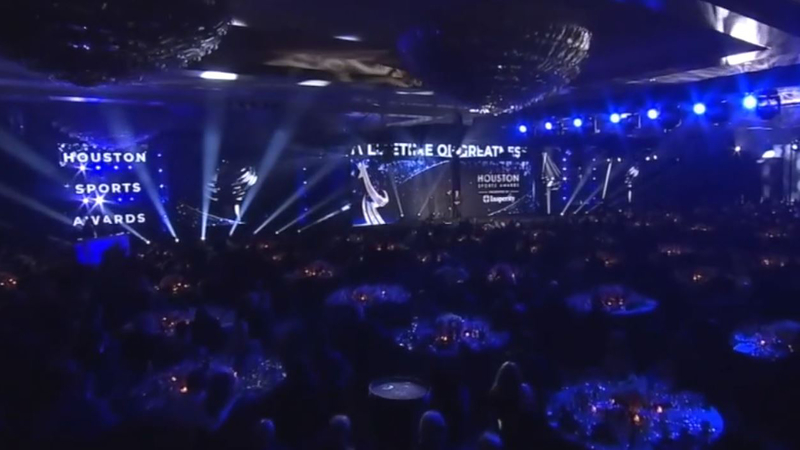 Mercilus' Withme Foundation serves children with disabilities in underprivileged families and has raised more than $500,000 since 2016.

Jim Crane once again led the Astros to the World Series and brought back the Houston Open on the PGA tour.

Here are the nominees for the other awards

Coach of the Year

Athlete of the Year

College Athlete of the Year

High School Athlete of the Year

Moment of the Year - presented by McDonalds

Houston Texans beat Patriots for the first time since January 3, 2010

The third annual Houston Sports Awards will celebrate 'A Golden Era' and will honor Carl Lewis, Mary Lou Retton and Rudy Tomjanovich as its third Hall of Fame Class. The Legacy winners are chosen by the Sports Awards Executive Committee with input from the Selection Committee.

The committees are comprised of sportswriters and electronic sports media members who live and work in the Greater Houston area.