Medians across League City to be improved 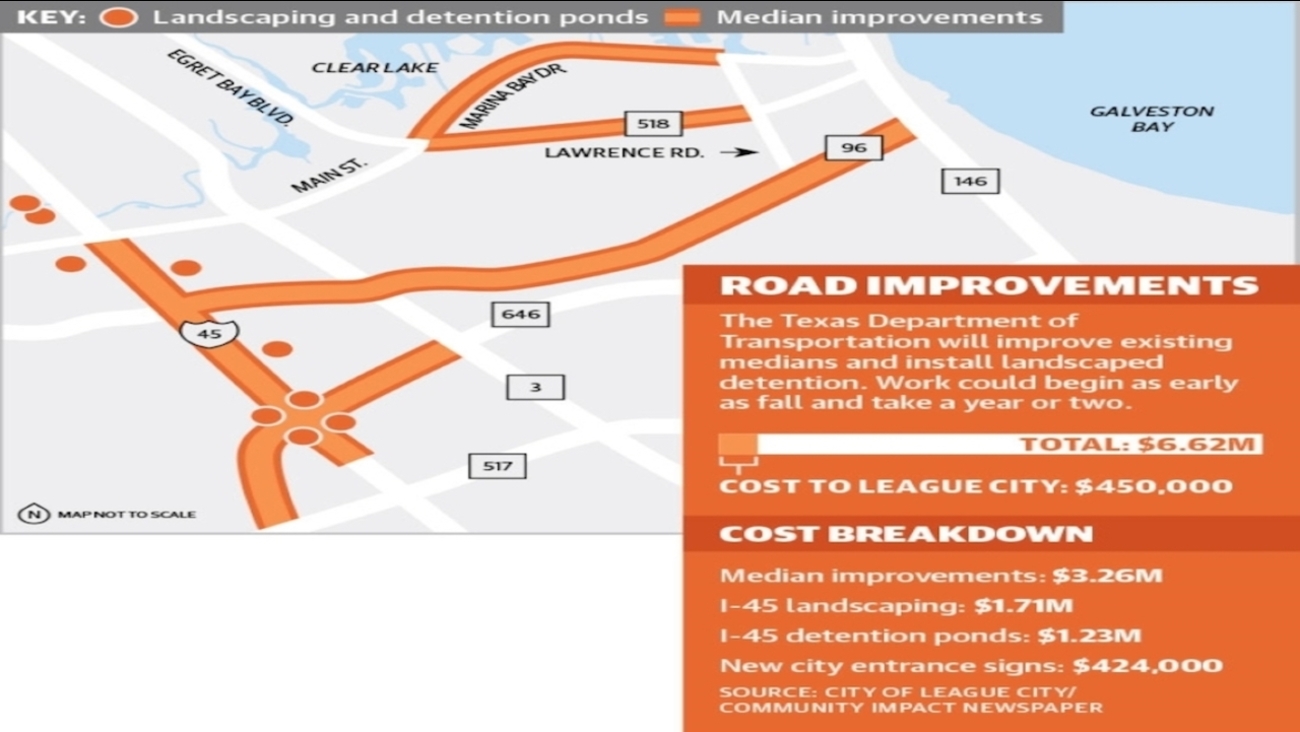 LEAGUE CITY, Texas -- Despite residents shooting down a city-proposed idea to install medians along Main Street, League City will take advantage of a program to improve existing medians across the city.

After League City City Council's unanimous approval on May 11, League City will partner with the Texas Department of Transportation to provide landscape improvements along major TxDOT corridors in the city. The total estimated cost for this project is $6.62 million, but League City will pay only up to $450,000-at least at first.

As part of the deal, TxDOT will fund nearly all the work. The only costs incurred by the city are the design and construction fees from a contractor, Pacheco Koch. Additionally, two years after construction is completed, League City will be responsible for the ongoing maintenance of these projects.

Today, the city's medians are unremarkable with only strips of grass, Hoover said. Landscaping improvements include adding different types of trees and potentially wildflowers along the medians.

"There's a lot of good opportunities to really make some difference because right now they're just plain," he said of the medians.

Additionally, League City will get a say in how green areas and detention ponds alongside I-45, which TxDOT is widening, will appear. Some could end up with fountains, several trees and other potential improvements, Hoover said.

"It's an attempt to create something that looks better than a hole in the ground," Hoover said.

The projects could go to bid as early as this fall and take anywhere from a year to two to complete, Hoover said.

When Mayor Pat Hallisey initially saw the agenda item, he was worried it had to do with the new median plan residents opposed, he said at the May 11 council meeting.

In fall 2020, League City officials proposed taking advantage of the TxDOT program that would have allowed for the free construction of medians along Main Street between I-45 and Egret Bay Boulevard. The road has a shared center turn lane the medians would have replaced.

League City officials thought the medians would draw more attention to the economically stagnant area. However, many Main Street business owners opposed the move, saying it would make it harder for residents to reach their businesses, so the city nixed the plans.