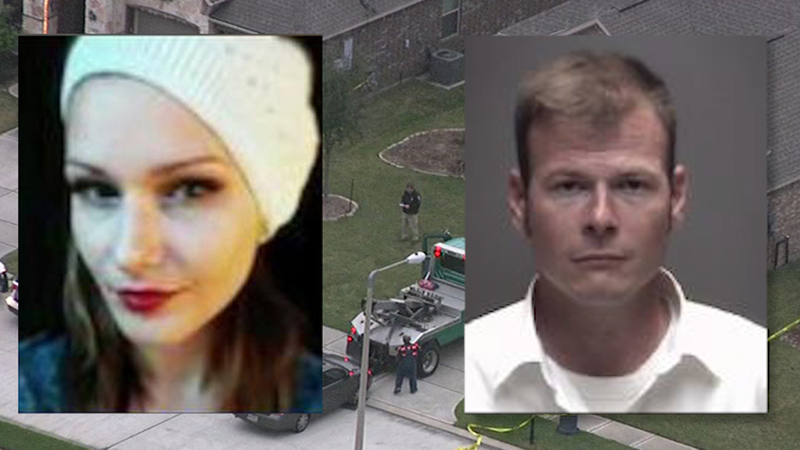 LEAGUE CITY, Texas (KTRK) -- Shaun Phillip Hardy of League City entered a plea of guilty to the charges of murder and tampering with a corpse related to the death of his ex-wife, Anne-Christine Johnson in 2016.

On the day of the plea, Johnson's mother, father, and sister gave victim impact statements, detailing how her loss has affected them and their family.

Johnson was reported missing to the League City Police Department on December 21, 2016.

Johnson and Hardy had both taken out protection orders against the other, following a violent confrontation. Hardy claimed she was the assailant. Johnson went to an emergency room for her injuries. Charges were never filed.

Johnson returned to Hardy. Friends say it was so she could be with their young son, who has autism. "She didn't go back to Shaun," said Janell Bogard. "She went back to protect her child."

League City police were able to get a warrant to search Hardy's home. A judge signed the order because a geo-tracker detected a ping from Johnson's cellphone after her disappearance. It came from near Hardy's house.

"That means her phone never left the area," said Kelley Williamson, with the League City Police Department. "We were able to go in and look for any cell phones in the house."

During that search, a detective noticed a strong odor coming from the garage. A second search warrant was issued, and soon, police found a 'large object' wrapped in dark plastic.

When police entered the house, the probable cause document stated that "Shaun started sobbing when he saw the uniforms and equipment."

According to the court papers, Hardy said Johnson had a knife, and he "pushed her as hard as he could." When she was on the ground, he said he kicked the knife "up to the hilt" in her chest. Then it states he put a Kroger plastic shopping bag over her head, "to put her out of her misery."

The document states, "He said he wanted to see Anne die."

An initial exam said she had a knife wound to the chest, as well as a cut on her chin.

Equusearch was involved in the inital search for Johnson, spending more than a week, covering a thousand acres. No sign of her was ever found.

Hardy, according to his statement to police, also tried to cover up Johnson's murder by cleaning the area with a mop and ammonia and placing scented candles around the remains.

The video above is from previous reporting on this story.