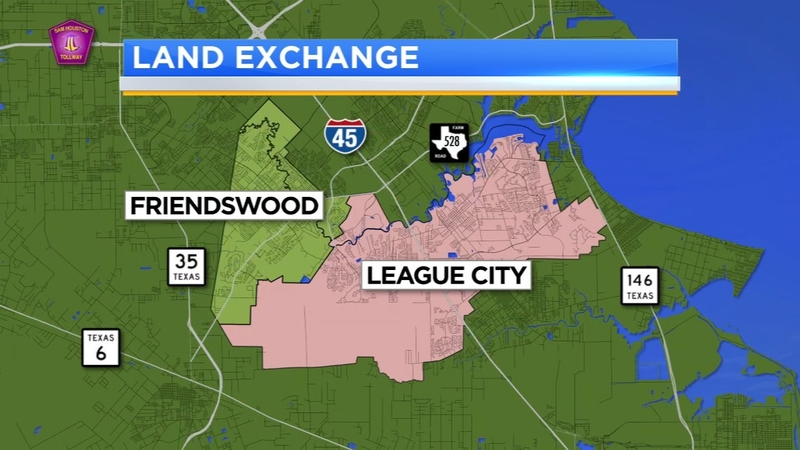 LEAGUE CITY, Texas -- League City will give up nearly 30 acres of land to Friendswood in exchange for some of the property tax revenue generated by the move after League City City Council's unanimous vote April 13.

The Avalon Project is a development taking place along the boundary of League City and Friendswood. Due to detention ponds in the area, it is "infeasible" for League City to build infrastructure such as roads and water lines in the area, according to a memo to the council.

Additionally, it is difficult for emergency services to reach the area, said David Hoover, director of planning and development for League City.

Friendswood requested that League City offer up 29 acres of the proposed development footprint. In exchange, Friendswood will pay 50% of the property taxes generated from the acreage to League City each year for the next 20 years.

Council Member Hank Dugie said the development could do a well and septic system instead of relying on hooking into the city's water line but ultimately concluded the deal with Friendswood was a good one.

"If there was [a way to get value from the property], I'd say let's keep it and turn it into something," he said.

Mayor Pat Hallisey said Friendswood should pay for the land, to which Hoover said League City is getting a good deal.

"The reality is we're getting a lot more than what it's going to cost to service those houses," he said.

Heads up parents! This is big news for a city already struggling to meet the demand for sports fields.