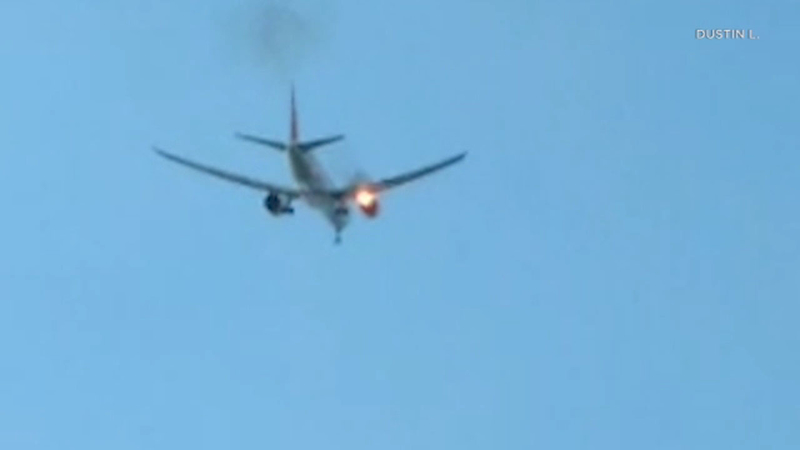 LOS ANGELES, California -- A plane made an emergency landing at Los Angeles International Airport shortly after takeoff Thursday afternoon when flames were seen coming out of one of its engines, forcing the aircraft to return to the airport.

The Boeing 777 was en route to the Philippines when a mechanical issue was reported.

Video recorded by people on the ground shows flames spewing out of one of the plane's engines, emitting plumes of black smoke. Passengers were also seen being evacuated from the plane but's unclear how many were on board.

One engine was lost, but the plane landed "without incident," according to Federal Aviation Administration spokesman Ian Gregor. While it was initially speculated to be a "classic compressor stall," the FAA has not determined an official cause.