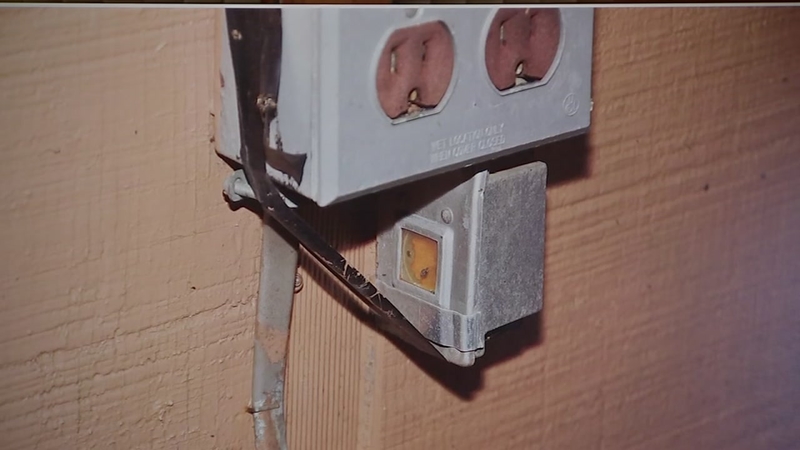 HOUSTON, Texas (KTRK) -- The family of a 25-year-old man electrocuted in Hurricane Harvey flood waters last August has filed a wrongful death lawsuit against CenterPoint Energy, as well as an electrical company that installed the light fixture and wiring that shorted out.

The family of Andrew Pasek said the former Eagle Scout was wading through high water to collect his sister's cat from her house in the Bear Creek area on August 29.

"His last words to the friend who came with him were 'don't touch me, I'm dying," said his mother, Jodell Pasek.

She believes her son was able to sense the electrical charge in the water before it overwhelmed him, and made it his final act to save her friend from the same fate.

"That's the kind of son, brother and friend he was," said his parents.

According to the lawsuit, CenterPoint Energy failed to turn off power to an area it knew was flooding.

"They should have cut the circuit and stopped electricity supply to that area," said attorney Muhammad Aziz, who is representing the family.

"There were children out in the water, and other families trying to get out," said Pasek's mother. "He was in the wrong place at the wrong time."

She also wants this to be the last time. She has distributed fliers in the neighborhood, warning people about walking in water.

"When the officials know the area will be flooded, it should be mandatory for the utility companies to turn off electricity to those areas so people can evacuate safely," she said.

In respone to a request for comment, a CenterPoint representative issued this statement:

"Our condolences go out to Mr Pasek's family. Due to pending litigation however, we are not at liberty to comment on the incident of lawsuit."