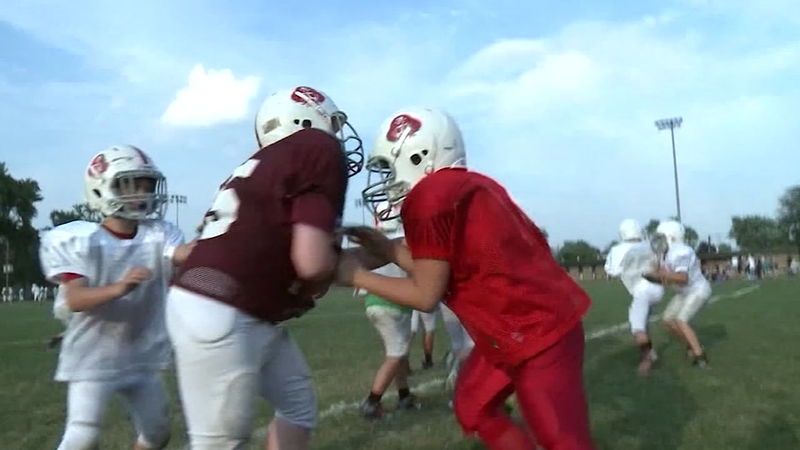 The Dave Duerson Act is a proposal that calls for banning children under 12-years-old from tackling each other.

"I think the wisest thing to do is to wait until high school," former NFL player Chris Borland said.

Duerson was a former NFL player who committed suicide in 2011.

It was later determined that he suffered brain damage caused by the countless hits to the head he endured during his career.

Supporters of the bill say they still want kids to be physically active, but believe need to lessen the chances of brain injuries.

"Almost everybody who has had a long career has had this disease,"Chris Nowinski, with the Concussion Legacy Foundation said. "We have to shorten the number of years you play this game like we shorten the number of years you smoke to prevent lung cancer."
Report a correction or typo
Related topics:
societychildrenfootballlawssportsconcussion
Copyright © 2021 KTRK-TV. All Rights Reserved.
TOP STORIES
Man dies after he's stabbed in Best Buy parking lot in Galleria area
Former Houston Oiler Curley Culp dies at 75
Neighbor killed when he intervened in roommates' argument, man says
Chilly rain showers return Saturday
'Unprotected as a woman' Murdered mom also assault victim, lawyer says
What is omicron? What to know about new COVID variant
2 cases of omicron variant identified in Britain
Show More
Mother reunited with family after more than 7 months in hospital
What is 'La Matanza' and why is it not in Texas history books?
Girl paralyzed in porch swing accident now helping other injured kids
Police looking for man they say killed ex-girlfriend's husband
Family of 14-year-old Astroworld victim files lawsuit
More TOP STORIES News