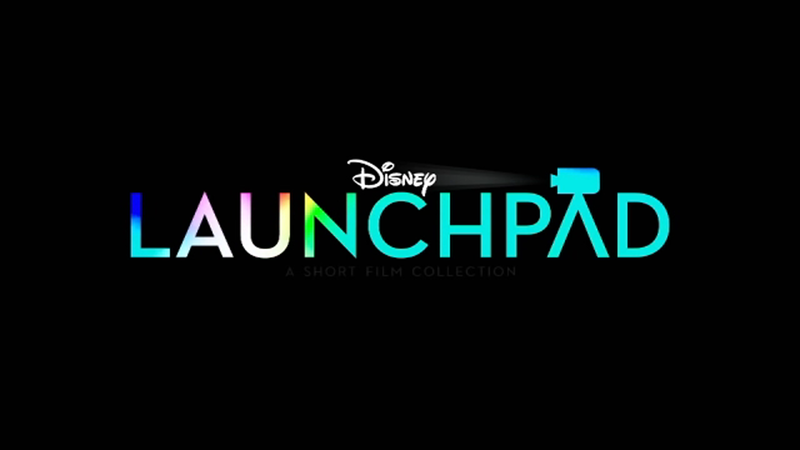 On Friday, Disney+ subscribers will be able to hear from a new generation of storytellers who are being given a "Launchpad" in a new series.

It's a series of short films from a half a dozen filmmakers who were asked to discover their own unique point-of-view.

The idea is to promote greater diversity and more inclusion behind the scenes in Hollywood by giving new filmmakers a voice. These filmmakers each have something meaningful to say but also know how to entertain us.

A Mexican-American teen who is half human/half vampire finds herself "Growing Fangs" in one movie. In another called, "American Eid," a homesick Muslim, Pakistani immigrant is looking to celebrate the holiday of Eid in her new homeland. These are two of the six short films collected under one banner.

"Launchpad is about giving access and opportunity to those in Hollywood who historically have been left behind and not given those opportunities and access," said Mahin Ibrahim, who is a Director of Diversity and Inclusion at The Walt Disney Company.

"I was in film school for the last year at NYU when I heard about Launchpad," Moxie Peng said.

Their film "The Little Prince(ss)" is based on their own childhood when, like the character Gabriel in the film, "I was a little feminine, and I became friends with this neighbor's kid who was into sports. Then, his dad had a problem and came over for dinner, told my dad that I was not normal, that I needed to be fixed."

Peng's father took their side and stood up for them like the young dancer's father does in Peng's movie.

"Accepting your child for who they are," is so important, said the director, who added that they felt encouraged by their dad's actions.

Peng grew up in China where they were inspired by Disney's "The Lion King," so it seems fitting now to be employed by the company. They found the two mentors assigned got them to be especially helpful.

The half dozen films made were chosen from more than 1,100 applications.

"What we set out to do," said Disney's Ibrahim, "is to tells stories for the child in all of us, who haven't seen themselves onscreen."

She notes that making any film is a struggle, and Peng agrees, but they found strength in numbers among the other artists in this program.

"It's like jumping out of a plane, but like doing it with them feels like we are parachuting together, like when you jump out of the plane with other people together, it's a little less intimidating," Peng said.

Ibrahim calls this "a moment of transformation for Hollywood" half a dozen years after #OscarsSoWhite pointed out the lack of diversity at The Academy Awards.

The Disney executive said the company remains "extremely committed" to inclusion, noting, "this is just the beginning for us."