Landscaper who drowned in pond may have been held down by gear: Deputies 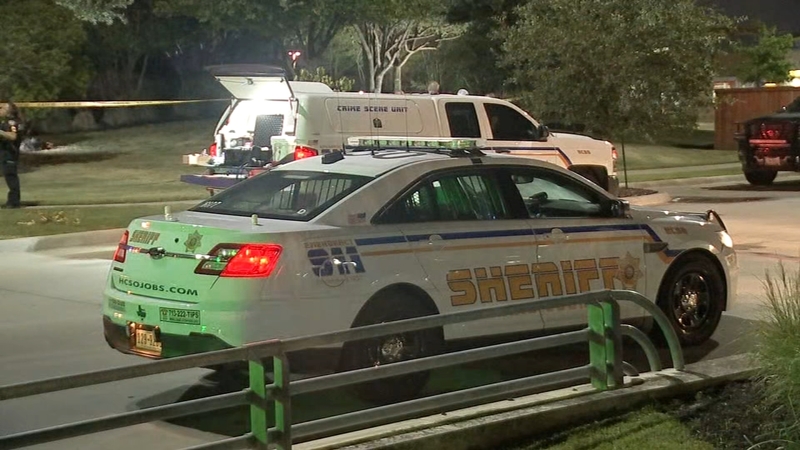 A landscaper who had been missing since Monday morning drowned in a pond in northwest Harris County, deputies say.

The Harris County Sheriff's Office says the man was last seen working in the area of 9703 Barker Cypress.

His co-workers searched for him, even checking nearby stores and emergency centers in case he was injured.

The man was later found in the water near Barker Cypress and Tuckerton.

According to deputies, the pond he was working around is up to six feet deep and has a large waterfall.

They believe at the time of the drowning he was wearing his landscaping blower pack, which weighs between 15 to 20 pounds, and that may have held him under the water.
Report a correction or typo
Related topics:
harris countydrowning
Copyright © 2021 KTRK-TV. All Rights Reserved.
TOP STORIES
Judge blocks Abbott's order to pull over vehicles with migrants
Migrant advocacy groups say traffic stop order is 'detrimental'
Conroe PD sued over arrest that 'destroyed' life of former teacher
LyondellBasell survivor still in hospital 'covered in burns'
Here's when some of you could get a humidity break
Doctors see spike in children hospitalized due to COVID and RSV
Woman sentenced after arranging kidnapping of cousin killed by FBI
Show More
CDC issues new eviction ban for most of US through Oct. 3
2 more Houston lawmakers arrested in DC during voting rights protest
Bolivar Peninsula fisherman reels in 110-inch shark
Big 12 reportedly looking at Pac-12 partnership
Business is booming in Houston's East End and here's why
More TOP STORIES News