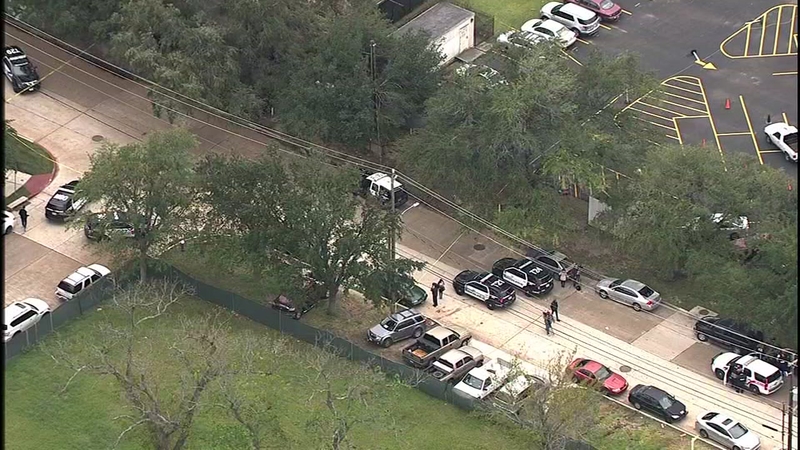 HOUSTON, Texas (KTRK) -- After an 18-year-old Lamar High School student was gunned down less than two miles from campus, there's an obvious increase in police presence in the area.

A 15-year-old student was also grazed by a bullet and transported to the hospital in stable condition.

A Houston Police Department homicide sergeant and forensic investigator collected evidence from the hospital in hopes of learning more about the victims.

Eyewitness News was told that security has been increased at the hospital as a precaution.

HPD executive assistant chief Troy Finner says that investigators are hoping to learn what led up to the deadly shooting.