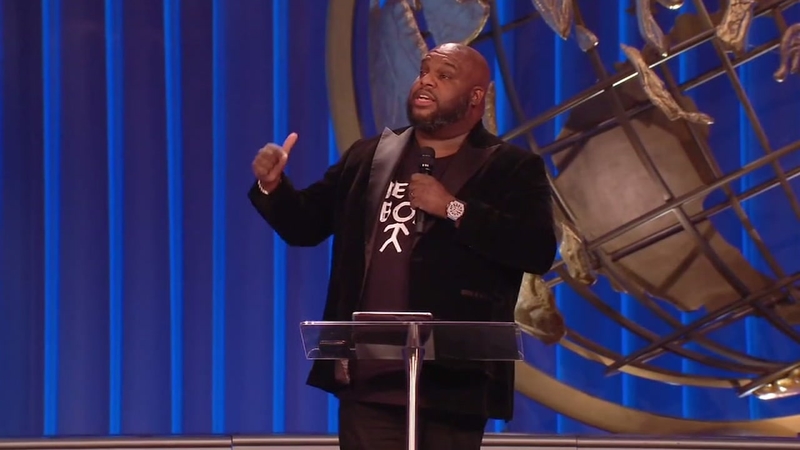 HOUSTON, Texas (KTRK) -- A Lakewood Church preacher returned to Houston after suffering days of backlash for a lavish gift he bought his wife.

Pastor John Gray preached at Lakewood Church Wednesday night. He spoke for nearly an hour, with a message that circled around this week's events.

He's received criticism after a video was shared showing the $200,000 Lamborghini he bought his wife, an anniversary gift he said wasn't purchased with church funds.

Pastor Gray's message Wednesday was about misunderstanding. He said lots of biblical people were misunderstood.

After fighting with people online, he told the audience he's ready to move forward.

He also told the audience that they should learn something from what he's going through.

"Stop broadcasting everything," Pastor Gray told the crowd. "I learned that lesson."

Lakewood Church posted a quote on social media from Gray after his service:

"What God is doing is not just for here, He is thinking about eternity. God will use misunderstanding to bring about salvation. Being misunderstood hurts, but it drives you to Jesus, it clarifies who you can trust, and elevates your spiritual sensitivity. It is the greatest blessings you can receive because it pushes you into the arms of Jesus. And that can be the greatest blessing."

Pastor Gray has a church in South Carolina, Relentless Church, but he preaches at Lakewood Church on Wednesdays. Churchgoers couldn't wait to see him return to Houston.

"I think that if he wants to give a gift to his wife, if he has some other jobs, we don't know that. I think that's all up to him," Gabriella Custodio said.

Gray used social media to tell people he didn't buy the car with church funds. He said the money came from book deals, investments and other means.

Still, some people feel the Lamborghini was a bad decision.

"Even if his earnings hang from an oilwell in west Texas, and not from congregation money, I just don't think it's the right way to spend money in today's environment, where people are struggling," Nancy Goble said.

Gray has a show on OWN. ABC13 Eyewitness News reached out to the channel's publicist to talk to Gray about the Lamborghini, but were told he wasn't available for an interview.