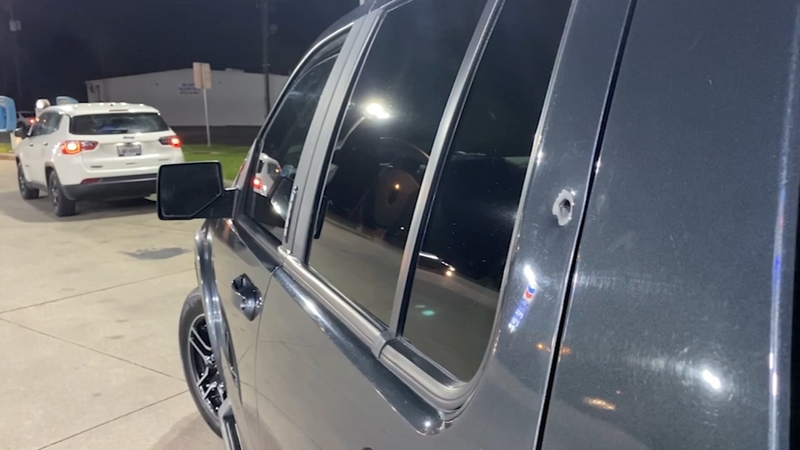 LAKE JACKSON, Texas (KTRK) -- Lake Jackson police are looking for a driver who shot at a woman on SH-288 Friday morning.

Charlene Sawyer told ABC13 she was on her way to work around 5:30 a.m., driving on SH-288 south near Ridgewood, when a driver in a van became aggressive.

Sawyer said she eventually drove off, but then the driver caught up with her again, and that's when she got frustrated herself.

"And I did give him a hand gesture that's not appropriate, and all of the sudden I heard two loud pops," she said.

Those loud pops were shots fired by the driver. It's the last thing Sawyer expected.

"I was so discombobulated. I just pushed the gas and I knew right then and there he was shooting at me," she said.

Sawyer said she immediately exited SH-288 to get away from the suspect. She believes the driver was in a green older model Toyota Sienna with paper plates. She's hoping that anyone who may have been in the area that morning will call Lake Jackson police with any information.

"It's not worth it at all," she said. "When I thought about it, over and over, I had to leave work early."