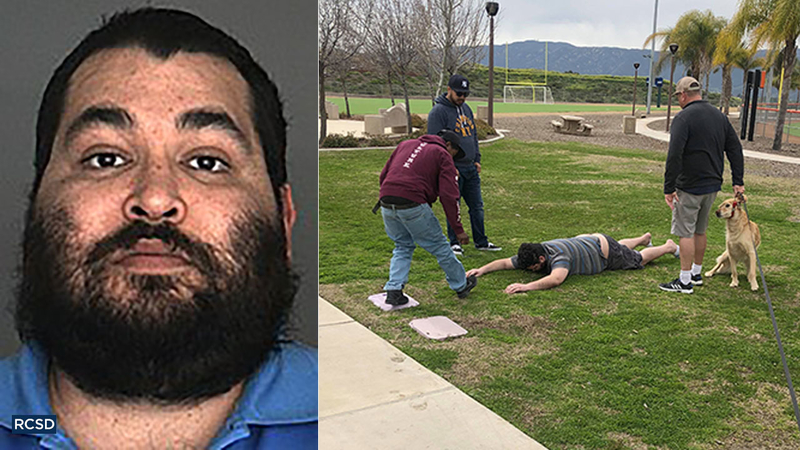 LAKE ELSINORE, California -- A registered sex offender was taken into police custody after allegedly trying to kidnap two small children from a park in Lake Elsinore on Monday.

The frightening incident occurred around 11:30 a.m.

Police said 29-year-old Marcus Dewitt tried to grab a 3-year-old boy by the arm while the child was partially inside of a play apparatus at Rosetta Canyon Sports Park.

When Dewitt was unsuccessful in taking that child, he picked up a 4-year-old boy and attempted to flee the area with the child, police said.

Investigators said the children's parents saw what was happening, chased Dewitt and wrestled the boy away from him.

That's when Dewitt tried to flee the park on foot, but a family member of one of the victims subdued him. Other witnesses and family members also held him down until police officers arrived and took him into custody.

The children were not injured in the incident, authorities said.