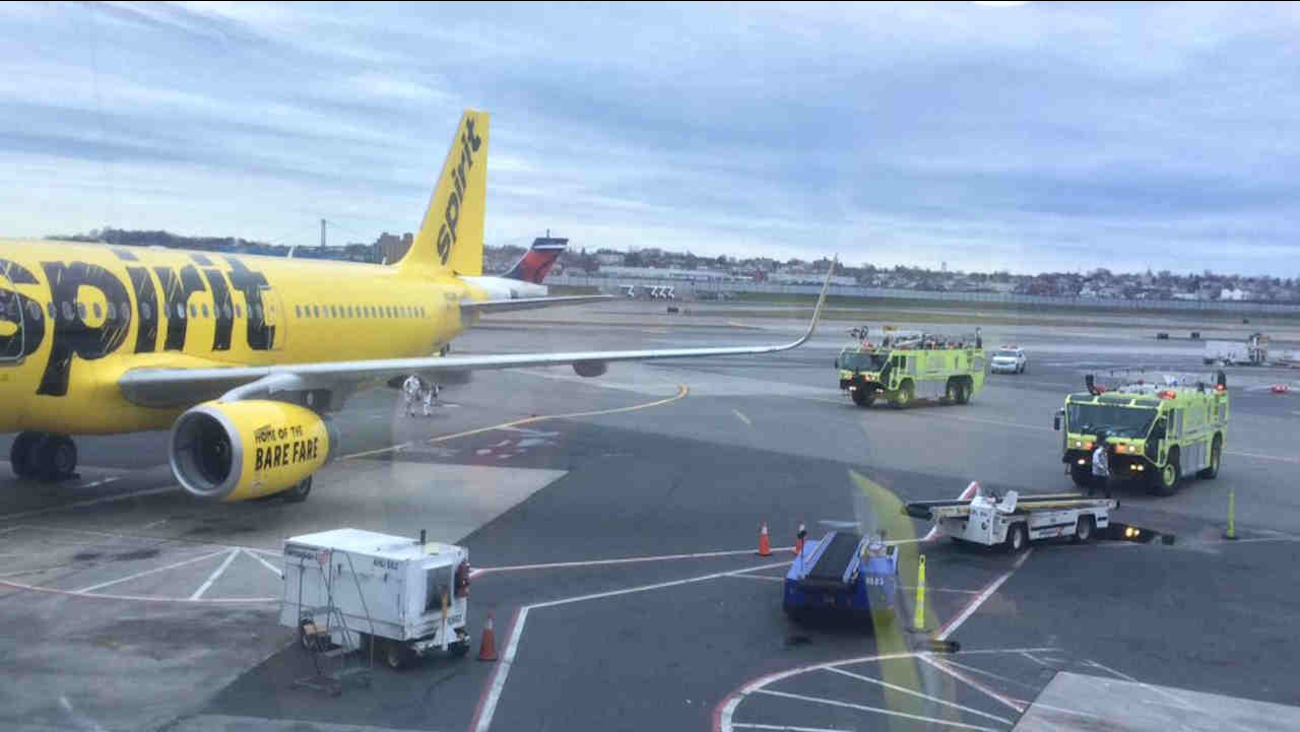 NEW YORK CITY, NY -- Spirit Airlines Flight 197 from LaGuardia Airport in New York to Fort Lauderdale, Fla. was evacuated Saturday morning because of a smoke condition on board.