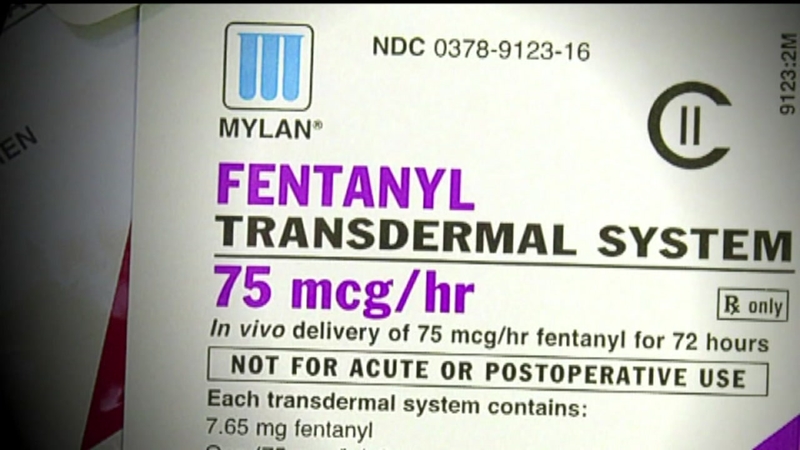 Lab testing confirms flyers were not tainted with Fentanyl

HOUSTON, Texas (KTRK) -- After warning the public about flyers potentially tainted with the opioid Fentanyl, the Harris County Sheriff's Office now confirms lab tests showed no signs of the drug.

The Harris County Institute of Forensic Sciences tested 13 flyers and found all of them came back negative.

The results come after a flyer tested positive for the drug in a field test on Tuesday.

Flyers were found on several patrol vehicles outside the station on Lockwood earlier this week, and a sergeant reported symptoms in line with Fentanyl exposure.
"She picked it up and didn't think anything of it, but as she drove to her destination she began feeling a little bit lightheaded and having a few other symptoms," Harris County Sheriff Ed Gonzalez said on Tuesday.

Suspecting that the flyers might have been contaminated, sheriff's office personnel conducted a field test on a flyer left on another vehicle. The results of that test indicated the presence of Fentanyl. All flyers were then removed from vehicles and collected into evidence for further testing in a controlled, laboratory environment.

"(It) may just be a little bit more of an environment that's free of contamination, just gives you the ability to confirm the substance to absolutely tell you this is the drug or the substance you have," said Kay McClaine, drug chemistry manager of HCIFS.

A specialized machine helped determine that Fentanyl was not on they flyers.

Out of an abundance of caution, the sheriff's office immediately advised the public and other law enforcement agencies on Tuesday to avoid exposure to any flyers that may be left on vehicles.

The sergeant was examined at a hospital and released later that day.

In addition to testing the 13 flyers, the lab also tested clothing items, and blood and urine samples collected from the sergeant. Those tests also were negative for the drug.