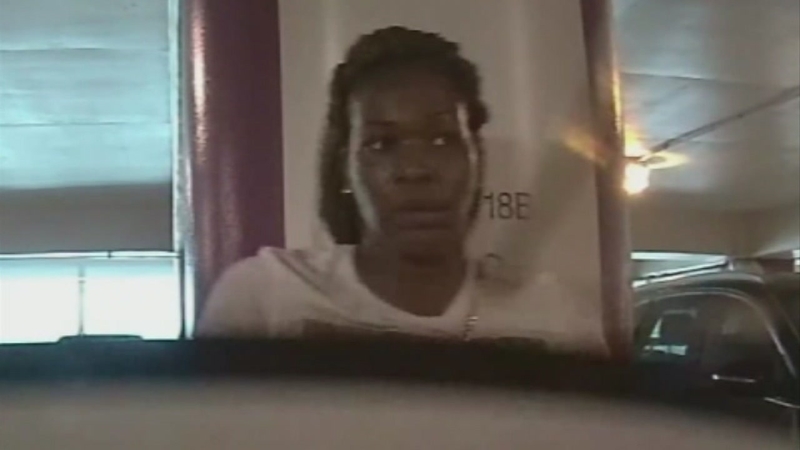 HOUSTON, Texas (KTRK) -- A woman allegedly caught on a dash camera breaking into a car at the airport is no stranger to police or to others who have used the airport parking garage.

Kunshanna Vercher, 40, is charged with credit card abuse and theft of a firearm. She was on probation for similar charges last year tied to previous airport break-ins. This one was caught on Monique Koudelka's dash camera.

"Everything in the vehicle of any value had been stolen," Koudelka told Eyewitness News.

Koudelka left her car overnight earlier this month at George Bush Intercontinental Airport while she was away on business. As she was landing, she got several fraud alerts on her credit cards and knew something was wrong. She then checked video from the camera mounted on her front windshield which showed a woman rummaging through her trunk. Police believe Vercher stole Koudelka's credit cards and gun and immediately tried to use the credit cards. An officer recognized Vercher on the video based on the previous airport break-ins.

Eyewitness News found at least eight mugshots tied to Vercher, as well as surveillance video from 2012 showing her returning thousands of dollars of merchandise at Neiman Marcus.

In court Tuesday morning, a judge pointed out Vercher's lengthy criminal history and set bond higher than the state requested: $20,000 for each charge.

Koudelka says she bought her camera for protection after two hit-and-run accidents, never thinking it would help catch a repeat offender.

Raw video shows the suspect rummaging through the victim's parked car before sprinting off.