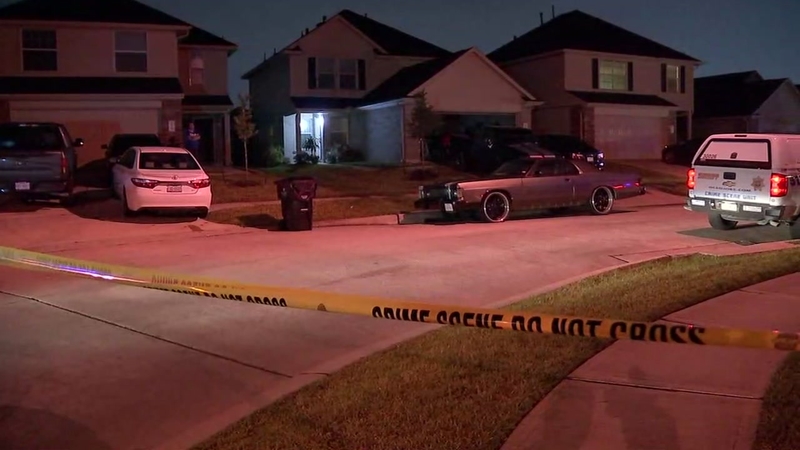 SPRING, Texas (KTRK) -- Deputies are searching for three men wanted in connection with the deadly shooting of a man in Spring.

Authorities say the shooting happened just after midnight in the 2300 block of Kolby Way.

According to Harris County Sheriff's Office, they believe the shooting may have been an intended home invasion. They say the three suspects were wearing hoods when they used their truck to ram into the victim's car in the driveway.

Spring man killed in his driveway overnight on Kolby Way, detectives believe this may have been in attempted home invasion. https://t.co/lmEqrWAn3x pic.twitter.com/OE5jjGQovM

Detectives tell Eyewitness News the victim walked outside and confronted one of the suspects. At some point in the discussion, detectives say two other men appeared at the scene.

Shots were fired at the victim, who then ran back inside the home, where he died.

Detectives do not think this was a random act and believe the victim was targeted.

Authorities are now looking for three armed suspects who they say fled the scene in an older, dark-colored Ford Ranger with an extended cab that may have damage around the tailgate and bumper area.

Update: One deceased male at the scene. Looking for three armed male suspects: one is a black male, no description on the others. Fled in an older model Ford Ranger, extended-cab, dark in color. #hounews https://t.co/d5ZSTiBxvu