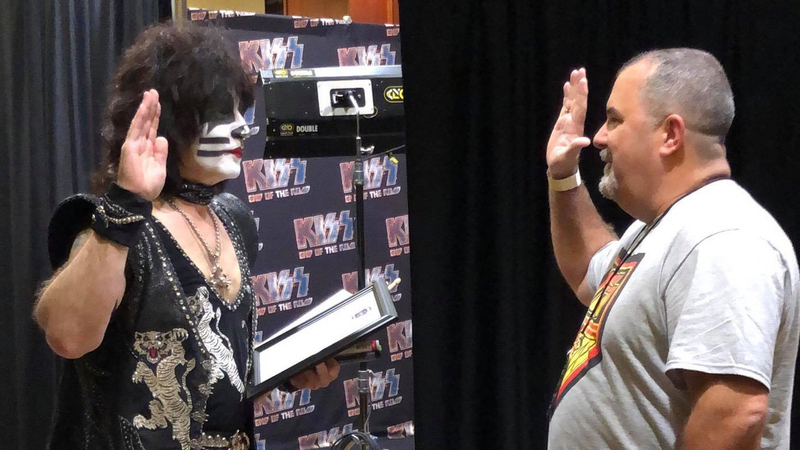 HOUSTON, Texas (KTRK) -- While it might be the 'End of the Road' for KISS, a member of the legendary rock band just accepted a lifetime position with the Wharton Police Department.

Police Chief Terry David Lynch swore in Eric Singer as an honorary corporal Monday night at Toyota Center, just before the band took the stage for what has been called its final tour.

Wharton police turned to Facebook Tuesday to acknowledge the drummer as a "friend to Law Enforcement."

In addition to accepting the honorary corporal position, Singer also received a formal letter from Chief Lynch, along with a custom shadow box bearing the department's insignia.

Monday night's concert was billed as the last chance to see KISS ever in Houston.

If you're skeptical, it's for good reason. In 2000, KISS launched its first farewell tour, playing 142 concerts to fans that all believed it was the last chance ever to see the rock stars.

KISS announced the first leg of its 'End of the Road' World Tour in September 2018. The second leg of the tour, which was announced in November 2018, is scheduled to end March 6, 2020 in Oakland.

"This is real folks," Gene Simmons said of his calf doppelgänger.