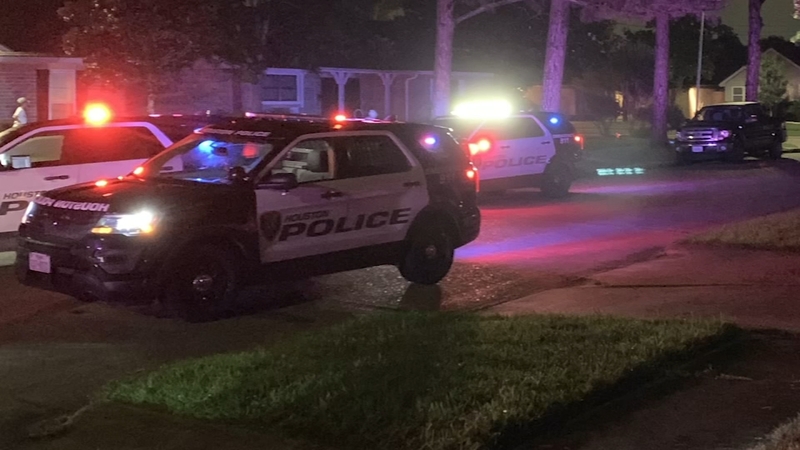 HOUSTON, Texas (KTRK) -- A woman says three men impersonating police forced their way into her home before she was wounded in a shootout with them in southeast Houston.

This happened around 9:55 p.m. Thursday in the 11700 block of Kirkmeadow near Kirkglen Drive.

She went to get her gun when she noticed one of the men had a pistol.

Police say once the men were inside her home, she and the men shot at each other. She was hit in the right arm and taken to the hospital.

The men took off.

Moments later, police say a 23-year-old man driving northbound on 10100 Kirkglen almost hit another man who was running across the street.

When the driver stopped, someone in a parked, white vehicle fired shots at him.

The driver wasn't hurt, but he says he noticed the man he almost hit got into that white vehicle and it drove off.