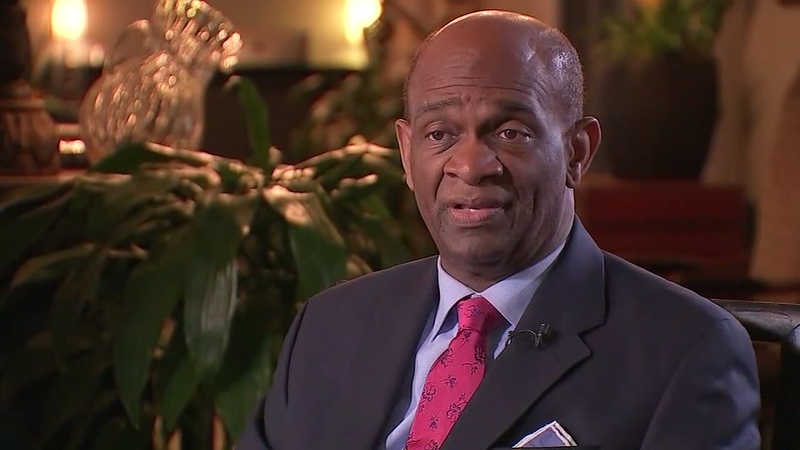 HOUSTON, Texas (KTRK) -- Even as his freedom hangs in the balance, Houston megachurch pastor Kirbyjon Caldwell, hasn't wavered. Those who know Caldwell call him a righteous, generous and kind man.

Despite the recent charges pressed against him, Pastor Caldwell says he plans on preaching on Easter Sunday.

In an exclusive interview with ABC13 Friday morning, Caldwell and his attorney insisted that the pastor invested a significant amount of his own money, and even personally refunded nearly $1 million to anyone who was unhappy with the investment.

Cogdell said they wouldn't answer detailed questions, but promised they will 'beat this case like a rented mule.'

Caldwell added that he plans to preach on Sunday.

Those in the community are standing by him.

"He's everything. He's a leader, he's a supporter, he's an encourager. He prays for us, he covers us and so in return, that's what we're here to do for him," Sherri Barrett said.

Howard Jefferson, a NAACP board member, said he doesn't believe Caldwell had any malicious intent.

"I don't believe he had an intent. If something happened, he didn't have all the facts. Talking about he been scamming folk, I think folks scammed him," Jefferson said.

On Thursday, Cogdell had released a statement saying:
"Pastor Kirbyjon Caldwell is a religious leader who has been falsely accused. He trusts the legal process completely but most importantly his faith. He will be absolved. We look forward to trying this case in the court of law."

Caldwell has been indicted on fraud charges.

The indictment alleges Caldwell and Smith never paid investors back but instead kept them on the hook with frequent investor calls and promises of payback. Both men face years in federal prison if convicted, and could be made to pay back millions and forfeit a home the pastor owns in Houston.

Caldwell is also a limited partner with the Houston Texans.

The Texans organization is still investigating these allegations.