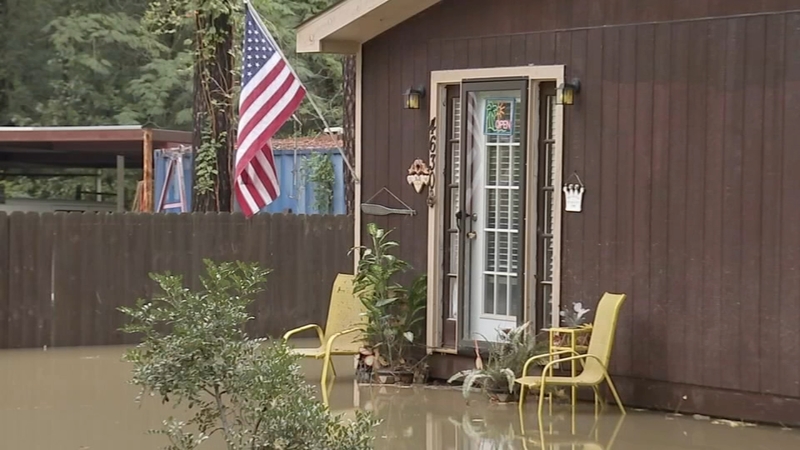 Kingwood residents cleaning up after yet another flood

KINGWOOD, Texas (KTRK) -- After days of rain, Taylor Gully has been overrun by the east fork of the San Jacinto River.

It's what separates a neighborhood that's part of the old Kingwood, where families in smaller homes have lived for years. After Imelda, they're now considering whether to move to higher ground.

Some people getting around Kingwood neighborhood in kayaks.

Sharon Haynie has lived in her home for 30 years. It flooded once in the 90s, but twice in the past two years, during Harvey and then again Thursday.

"I think Harvey, we got 11 feet," Haynie said, adding this time, it was worse than the 2017 hurricane because the waters rose even faster than before.

There is a new, lower waterline of damage on the house, but it's just as much work to repair it.

Haynie had only recently moved back in after the last set of repairs.

"And not fancy upgrades," she said. "Basic upgrades, to live and be happy."

Owners were not home when a tree came tumbling down and onto their home in the Kingwood area.

"I had just got the call from the (Homeowner Assistance Program)," Poteet said. "They were coming that day for the inspection because I'd been approved for the program for the funding reimbursement."

Poteet's home too was finally finished after Harvey repairs, nearly ready for move-in. That inspection was cancelled Thursday because of the flood.

Friday, she's removing the flooring that was covered by two feet of water.

This neighborhood has been her home all her life, but twice in two years, she says it's too much.

"Just the realization that if I stay here, I'm gonna continue to deal with this," Poteet said. "So it was a slap in the face that it's time to go."