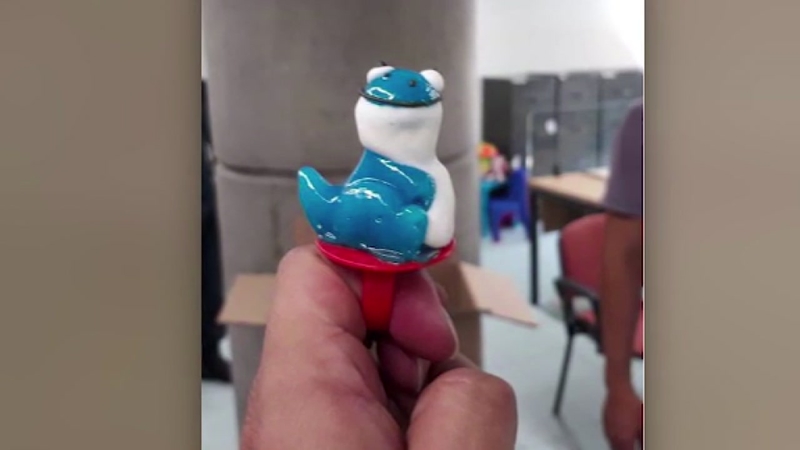 Police in Colombia say they found a stash of candy-pacifiers laced with the hallucinogenic drug LSD.

The discovery was made during a bust involving a trafficking group known as the "Kings of Pot."

Authorities say the traffickers sold marijuana and liquid LSD, but they also had an assortment of edibles that looked like children's candy, including pills shaped like ghosts and made out of ecstasy or cocaine.

The Colombian General Prosecutors office says 31 people were arrested in the drug bust.