Owner of escaped snake speaks out

NEEDVILLE, TX (KTRK) -- The local man who owns the king cobra that escaped Wednesday is talking about what happened.

Jared Zellars, 23, tells Eyewitness News he wants to apologize for the anxiety caused by snake's disappearance. "It was a nightmare yesterday. (I) don't want to go through that again...I'm definitely sorry that it happened," he said.

Today he allowed us inside what he calls his "reptile room" where he keeps the king cobra and about two dozen other venomous snakes. According to Texas Parks and Wildlife, he has a permit to do so legally. 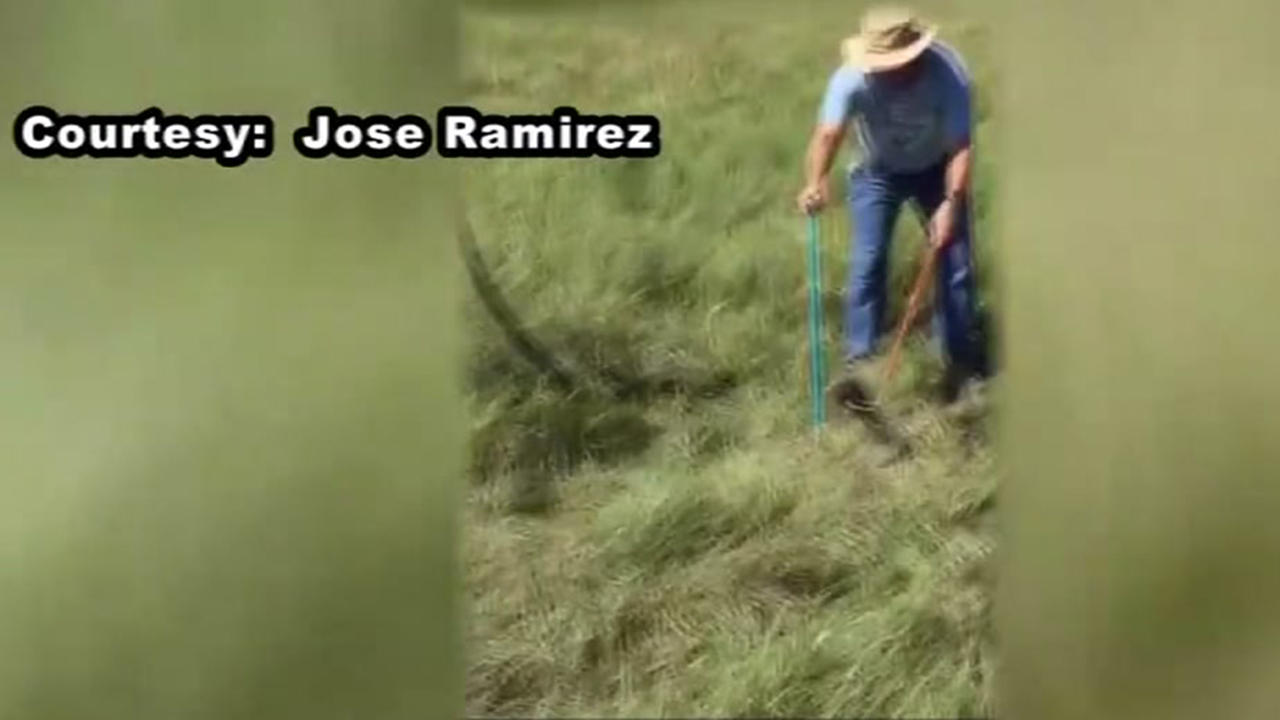 King cobra snake captured in Needville
The hunt for an escaped king cobra in Fort Bend County ended after hours, with the snake safely recaptured.

He says he talked to us in the hope that people will see he takes caring for his reptiles seriously and that he would never intentionally put anyone in danger.

Zellars says he thinks the king cobra was shedding and had repeatedly bumped up against the door of its enclosure in order to work its skin off, creating just enough of a gap in the corner to slip out. The door has two plastic latches on it and a metal lock that requires a key.

"It was a freak accident. Never should have happened," Zellars said. Even though the enclosure was previously approved by Texas Parks and Wildlife, Zellars says he's adding metal poles over the doors to ensure no snake escapes again.

Zellars and others searched for the missing serpent for nine hours before it was located and returned to its cage. He spotted it less than ten feet outside the barn from which it escaped.

Inside the "Reptile Room" where that King Cobra went missing. What it's owner wants you to know. 6:30 on #abc13. pic.twitter.com/eeSYa7zLho

According to Zellars, he's long held a passion for reptiles. He shows some of his non-venomous collection to kids at birthday parties and loves to share his knowledge of the creatures with anyone who will listen. "I love these things like any other keeper does, just like you would love your dog or cat. These are just the animals I happen to like," he said.