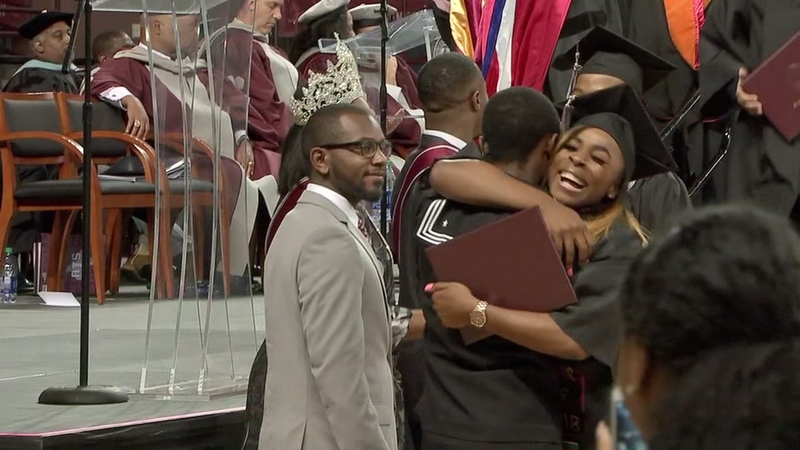 HOUSTON, Texas (KTRK) -- A Texas Southern University graduate earned way more than her degree Saturday as she had the opportunity to reunite with with her brother, who serves in the Navy.

TSU graduate Kierra Shiver had not seen her brother Rodney Shiver in nearly two and a half years.

Rodney, who serves in the Navy, told his sister he would be gone on deployment, but he had other plans to make it to Houston to see his sister graduate.

"She's actually my mom's first child to go ahead and do this, finish college and get her degree," said Rodney.

As Kierra walked off the stage to finish some handshakes with university officials, her brother was waiting at the end.

"He told me that he was still deployed, but he's home now," Kierra said as she was filled with tears and laughter.