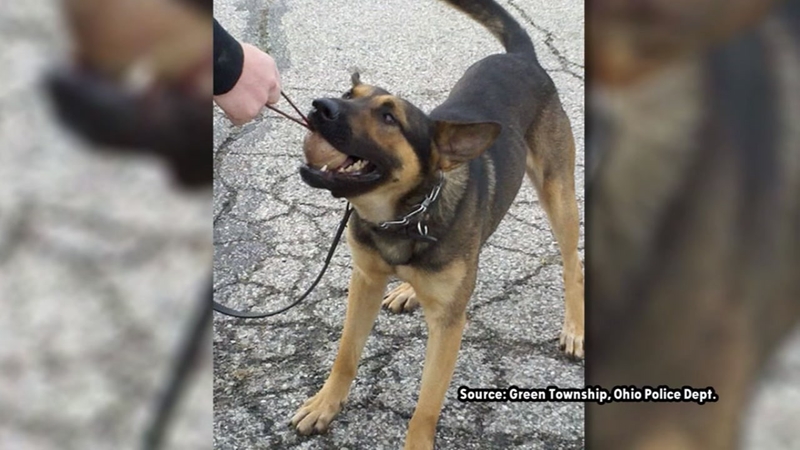 FOREST PARK, Ohio (KTRK) -- A police dog in Ohio died while searching for four people in a kidnapping case of a toddler.

Police said a vehicle tied to a home invasion and kidnapping in nearby Forest Park was spotted on Interstate 75. Officers pursued the vehicle to nearby Springfield Township, where four people bailed out of an SUV and left the child behind.

Police were able to arrest one of the people. The child was taken to a hospital and is expected to be OK.

Dino, who was called in the search of the suspects, appeared to have died due to a medical event, according to Chief James Vetter, of Green Township police.

"He had a reputation as an outstanding police canine and very much loved his work. He will be sorely missed," Vetter said.

Police said Dino was trained in narcotic detection and tracking. He had been with the police department since 2011.