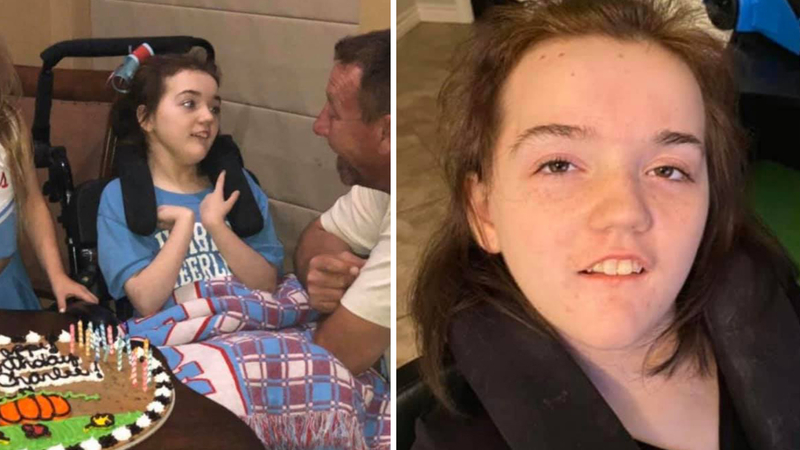 HOUSTON, Texas (KTRK) -- A Texas family is mourning the loss of their 17-year-old daughter, who had COVID-19.

Kevin Swearingen from Lumberton, Texas, shared the sad update on Facebook that his daughter Charlee has died.

Swearingen first shared his daughter's story with ABC13 earlier in October. He was spreading awareness about COVID-19 and the devastating impact it has had on his family.

"It's not just the elderly that this affects, it can affect anybody," Swearingen said at the time. "You know I just had a friend pass away that was 45 years old and before he even passed they had to take both his hands and both his feet. You know this is something serious and it's real."

Charlee was on life support at Texas Children's ICU. Swearingen said Charlee was diagnosed with a rare genetic disorder called Rett Syndrome. He said when the pandemic hit, he was terrified that Charlee would be at-risk and the family took precautions.

Weeks before Swearingen first shared their story, Charlee's oxygen levels suddenly dropped and she was taken to a local E.R. and released. The same week, she was transported to Texas Children's Hospital after a series of seizures.

Swearingen said they have received an outpouring of support from the community, after sharing Charlee's story and their family's push to allow both parents to visit their daughter while in the hospital.

"What I've seen and what I've seen it do to my daughter is just heartbreaking," Swearingen said earlier this month.