The 57-year-old last coached a game at any level in 2020, when he was on the bad end of a 70-7 blowout loss with Arizona Wildcats.
KTRK 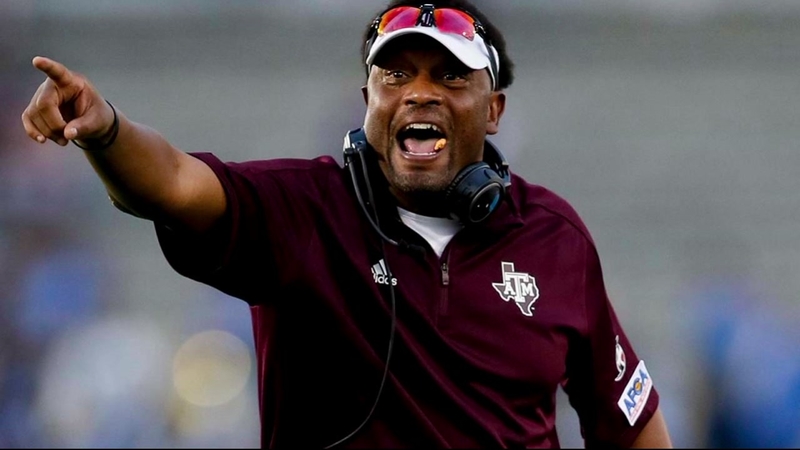 XFL comeback: 'The Rock' part of $15M purchase of league

HOUSTON, Texas (KTRK) -- The USFL, the Houston Gamblers and the team's new head coach, who was announced Thursday, all share two "R" words: rebirth and redemption.

Kevin Sumlin, whose meteoric rise in college football while coaching the University of Houston and Texas A&M programs can only be matched by the embarrassment of a 70-7 blowout loss in his last collegiate level game at Arizona, has been tapped to coach the Gamblers.

The 57-year-old Sumlin returns to coach a team with Houston in its name some three months out from the league's April return to the national stage.

Sumlin last coached in December 2020 when he was in the midst of his third season with the Arizona Wildcats program. After two subpar seasons as well as a 2020 season that saw the team lose its first five games, Arizona fired Sumlin after the 63-point blowout to Arizona State.

Before Arizona, though, Sumlin was seen as a coaching darling on the sidelines. At UH, he coached the Cougars to a 35-17 record from 2008 through 2011.

It was the 2011 season, which saw the Coogs win all 12 of their regular season games and the TicketCity Bowl against Penn State, that rocketed Sumlin to Texas A&M and a highly-coveted job in the Southeastern Conference.

Sumlin's best season in College Station was his debut year in 2012 when he coached Heisman Trophy-winning QB Johnny Manziel and the Aggies to a No. 5 ranking at the end of the year.

However, he was let go in 2017 after failing to replicate the success of his first year.

Sumlin isn't the only new USFL coach seeking redemption with the spring league, which draws its name from the same league that folded 37 years ago.