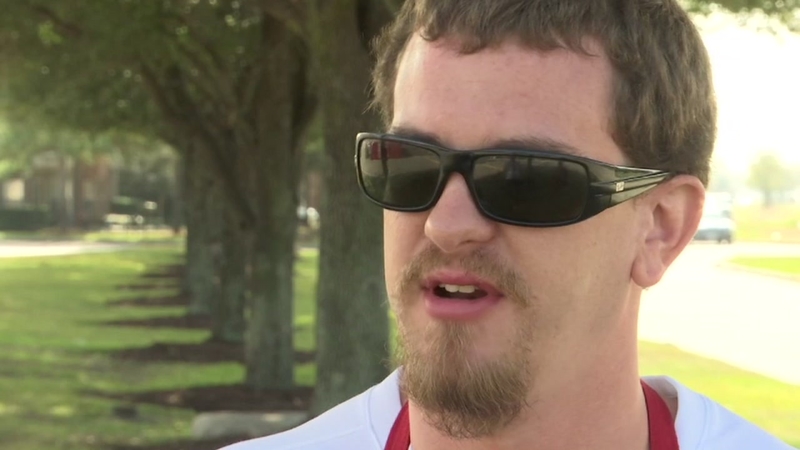 According to investigators, suspects stole the red kettle from the blind bell ringer at the store on West FM 1960 on Wednesday.

"It sucks on two levels," Mouton said. "The fact they would take away money from people who truly need it, and the other reason is because the person who would even think about stealing from a blind individual, that's pretty low."

Deputies said the ringer reported he went into the store's restroom and took the kettle with him.

While in the bathroom, deputies said the kettle was stolen.

"When I went down to retrieve it, it wasn't there," Mouton said.

Deputies are reviewing store security video to identify a suspect.

The Salvation Army believes $300 was in the stolen bucket.

"You're obviously on hard times so I hope it was worth it," Mouton said.

No arrests have been made at this time.

The theft couldn't have come at a worst time for the Salvation Army of Greater Houston.

The agency said its red kettle donations are way down this year.

"It really breaks your heart when you're down because you know what happens in you can't meet the needs that you need to," Salvation Army Captain Jay Ward said.

ONLY ON 13: @HCSOTexas is looking for whoever stole a @SalArmyHouston kettle. The bell ringer, a blind man. @abc13houston at 6pm, hear from the bell ringer and how this theft hurts the organization that's already short $270,000 from last year. pic.twitter.com/WBznquvaDv