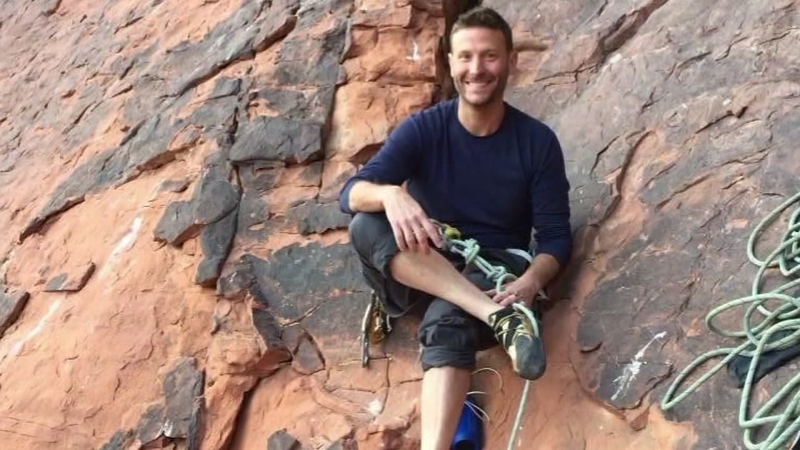 UT grad among 14 killed in terror attack in Kenya

NAIROBI, Kenya (KTRK) -- An American was among more than a dozen killed when gunfire and explosions erupted at a high-end hotel complex in Nairobi, Kenya, on Tuesday afternoon, according to the U.S. Department of State.

ABC News has confirmed Jason Spindler was killed in the attack. Spindler was a San Francisco-based businessman, but he grew up in Houston. His company's website says he served in the Peace Corps and graduated from the University of Texas at Austin.

Jason Spindler's parents say he was a man who lived his life helping others. It's why Jason was in Nairobi, helping people build businesses to better their own lives.

This was not Jason's first brush with terrorism. On 9/11 Jason worked in Building 7 of the World Trade Center. He arrived late to work that day, emerging from the subway as the first tower fell.

"Then he went back to help out and Building 7 fell and he was all covered in the dust," said his mother Sarah Spindler.

In the years that followed, Jason decided to join the Peace Corps. He was sent to Peru where he helped farmers develop a co-op allowing them to sell to larger markets and benefit from the fruit of their own labor.

He went to law school and began a company called I-Dev that brought technology to developing counties. For the last three years, Splinder lived in Nairobi.

Spindler would have turned 41 next week. He was a loving son, brother and uncle. His parents are on the way to Nairobi to bring his body back home.

Kenyan authorities said early Wednesday that all buildings have been secured and the operation to neutralize the attackers was over. Local authorities are calling the situation a terror attack.

Extremist group Al-Shabab claimed responsibility for the attack, The Associated Press reported. The al-Qaida-linked group, based in neighboring Somalia, made the claim via its radio arm, according to the AP.

Kenya's Inspector General of Police Joseph Boinnet said in a press statement that the "suspected terror attack" began around 3 p.m. local time when a "group of armed assailants" stormed a gated complex in Nairobi's affluent Westlands neighborhood. The upscale hotel, which is popular among foreigners, is located within the mixed-use compound.

An explosion targeted three vehicles in the parking lot and a suicide bomber detonated inside the hotel foyer, where a number of guests suffered severe injuries, according to Boinnet.

Video from the scene showed the cars ablaze and wounded people being carried away.

Kenya's National Police Service deployed officers to the scene to engage the attackers who were holed up inside the hotel. Meanwhile, the area has been cordoned off as residents are screened and evacuated, according to Boinnet.
Report a correction or typo
Related topics:
explosionu.s. & worldterror attack
Copyright © 2022 KTRK-TV. All Rights Reserved.
TOP STORIES
US-59 outbound at W. Bellfort shut down after car slams into big rig
Suspect who shot 3 officers now in custody after standoff, HPD says
ABC13 obtains HPD scanner traffic of chase that led to shootout
Officers escort body of corporal killed in ambush to funeral home
Clouds clearing today, sunny through the weekend with rain next week
Woman shot in the shoulder during robbery set up in SW Houston
10 injured when bridge collapses in PA; human chain formed to help
Show More
Bayou Bistro and Bar owner killed in Texas City shooting
Holocaust survivor, great-grandson educate next generation on TikTok
Bidens welcome cat named Willow to White House
'Tiger King' Joe Exotic set for resentencing in Oklahoma
Man arrested in corporal's murder is 25-year fugitive, officials say
More TOP STORIES News