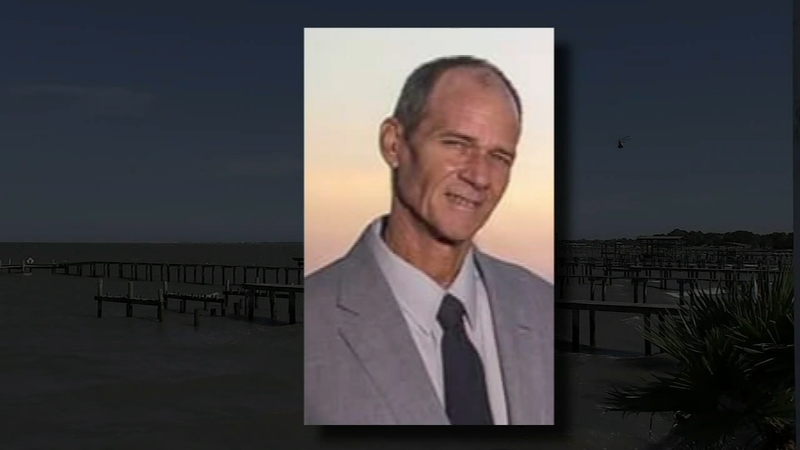 KEMAH,Texas (KTRK) -- The search continues for a good Samaritan who jumped off the Kemah Boardwalk to help a kayaker in distress.

Search for Todd Riddle continues this morning. He is the Kemah Boardwalk employee who went into the water to help a kayaker in distress. Boats from the Sheriff’s Office and a Coast Guard Helicopter are covering Galveston Bay. pic.twitter.com/EYu3N368yY

According to Kemah police, Riddle, who is a maintenance worker at the Kemah Boardwalk, tried to assist a kayaker in trouble. The kayaker got to safety, but Riddle did not.

He swam about 100 yards out and, on his way back, disappeared, Coast Guard Lt. Commander Caren Damon said in an afternoon news conference.

Riddle's family describes him as a strong swimmer and "exactly the kind of man who would risk his life to save another, without hesitation."

Even after dark, the search continued in Galveston Bay. Efforts included helicopters, boats and drones from about a dozen agencies, including the Coast Guard, Kemah Police and Fire Departments, Seabrook Fire Department and Harris and Chambers County Sheriff's Offices.

There were also a few civilians mixed in like John Stamper, binoculars in hand.

"There aren't always enough eyes out looking," Stamper told ABC13. "One more eye can see something nobody else did."

The Coast Guard was still classifying the effort as a search and rescue that will continue until as long as Riddle "remains viable on the surface," Damon said.

Riddle is a father. Longtime friend Shane Kohutek was thinking of his children as the search dragged on.