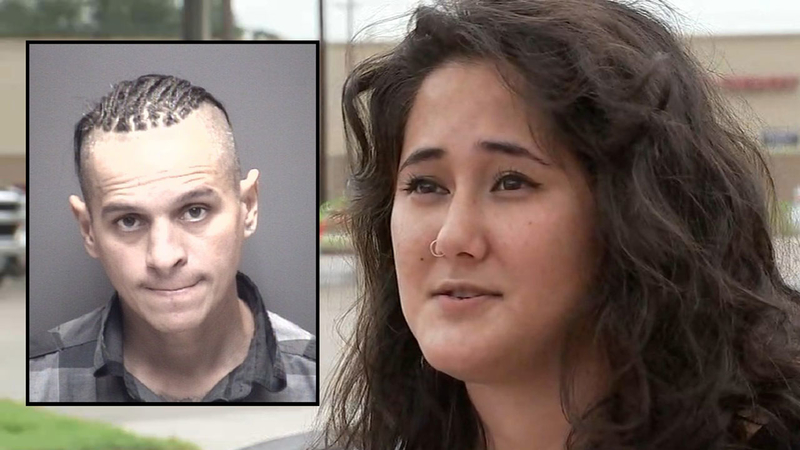 KEMAH, Texas (KTRK) -- The last time Shasta Blackerby was in Kemah, she didn't know how it would end.

"I was at pump three. He was less than a foot away from me," Blackerby said. "I was quite terrified."

"I'm never going to be on my phone again," Blackerby said. "Didn't even notice him until he's right beside me already."

She was focused on her phone when she says 39-year-old Ernest Leon took her by surprise and demanded her keys. She refused.

Leon fired once into the air and told her to get into the car and drive.

She hoped someone would see what was happening and call for help. As calm as she is now, she started to talk to him.

"I was in a very low voice, I asked him what was wrong, he started crying in the car," Blackerby said.

He told her his wife just left him. Her tactic worked. He put the gun down, she says. By then, Kemah police had her car surrounded on the road.

Within moments, Leon was under arrest for aggravated kidnapping.

"I've seen a lot of bad people and I feel like that was the only way, because I thought he wasn't going to listen," Blackerby said. "I felt like if he felt he could trust me, that would be the only way out."

The 21-year-old University of Houston-Clear Lake senior spent most of her life in foster care. Now she works as a resident advocate at a homeless shelter, and is working on a degree in social work.

Crises of the past, she believes, helped her survive for her future.

"Had I freaked out, I don't think it would have been the same at all."