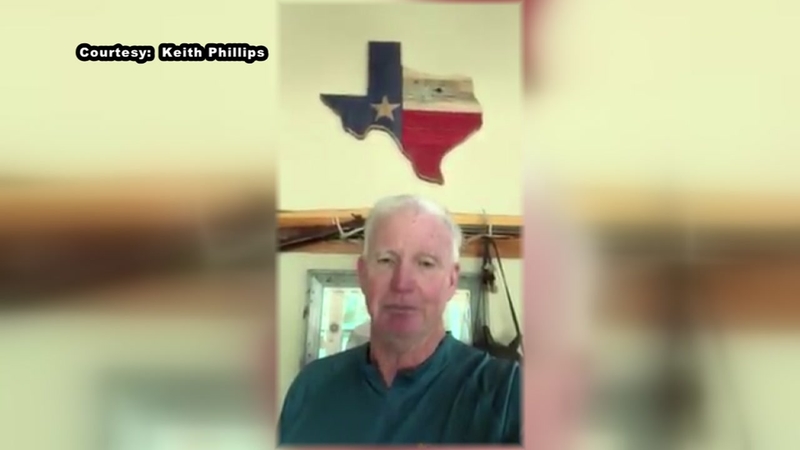 HOUSTON, Texas (KTRK) -- A retired Houston firefighter is going viral for an original song he came up with after going to an Independence Day parade.

Keith Phillips was a firefighter for 28 years.

He says he's been singing his whole life, and although he was hesitant to show off his skills on Facebook, he is shocked by all the views and likes.

Phillips, who lives near Conroe, said the song came quickly to him when he came back from a Fourth of July parade in Leakey, Texas.

In the song, he mentions September 11th, which he says hit so close since he was a firefighter for so long. He also sings about war heroes, including a young man from The Woodlands who died in Afghanistan in 2007.
Report a correction or typo
Related topics:
societyhoustonsingingamerican flagfirefighters
Copyright © 2021 KTRK-TV. All Rights Reserved.
SINGING
Is he our next American Idol? HSPVA vocalist moves on to next round
Houston teen gets emotional American Idol surprise
Witnesses describe life inside R Kelly's 'Chocolate Factory'
America's Anthem Girl to star as young Selena in new series
TOP STORIES
Astros tie World Series with 7-2 win over Atlanta in Game 2
Windstorm could bring gusts up to 50 mph Thursday
Brothers describe boy's beating death in their family home
'That's not a mother': Grandmother of accused mother's daughter reacts
3rd person accuses same man of road rage, says he spat in her face
Eyewitness describes deadly Buffalo Speedway shooting
Police investigating after person found shot at San Jacinto College
Show More
The Woodlands voters consider incorporation in Nov. election
US limits immigration arrests at schools, 'protected' areas
Tree damages home and SUV during storm in N. Harris County
Is it a chicken? Astros and Braves fans struggle to identify mascots
Facts about 'Bobby Dynamite,' the Astros train guy, you may not know
More TOP STORIES News