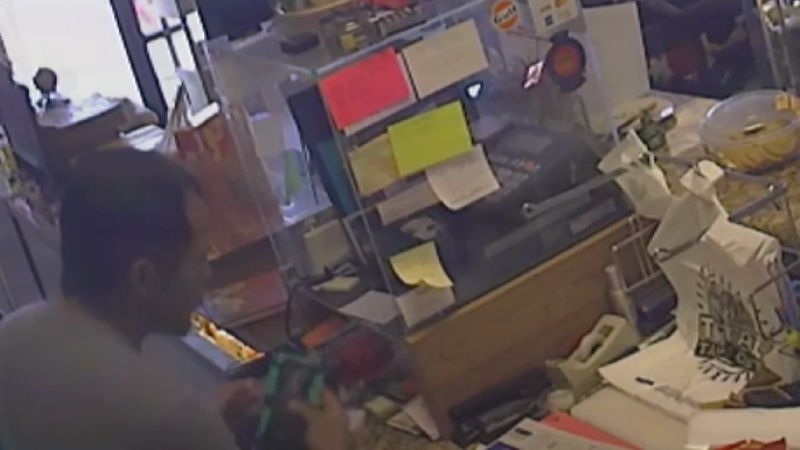 HOUSTON, Texas (KTRK) -- A Spring Branch business owner is fighting back after being the victim of a brazen burglary that happened while he was inside his own store.

"After our burglary, I had to beef up our security system and I'm going to beef it up some more," said Keith Hardy, who owns the Blind Girl Productions vintage store near Bingle Road and Emnora Lane.

Hardy said it's the second time his store has been hit by thieves in the last three years, and the latest incident on Aug. 14 was captured on his security cameras.

"He proceeded to go around our counter, go behind our cash register and snatched my cellphone and a money bag, and then immediately went out to his vehicle and drove away," Hardy said.

The video also captured a clear picture of the man's license plate, which came in handy after Hardy called the Houston Police Department.

An officer managed to run the plate and found a driver's license photo that matched the face of the man from the security footage. Despite all of these details, Hardy said he is disappointed an arrest has not been made.

After filing the report, the shop owner also took to Facebook to share the footage of the man caught stealing, and said a woman claiming to be the wife of the man in the video came to his shop to return the phone and offered him money. According to Hardy, she also asked him to take down the footage he posted to Facebook.

Hardy said he declined all of those requests, which, he said, upset the woman.

"And (she) basically chastised us for 'not being Christian' because I want (her husband) to go to jail," he said.

The Houston Police Department confirmed it took a report and are actively investigating the incident. Anyone with information is asked to contact the department.