Even with 43 percent toll hike, Katy Managed Lanes congestion back in months

HOUSTON (KTRK) -- In the wake of a toll hike that will bring the price of a complete one-way trip along the Katy tollway during peak hours to $10 in order to reduce congestion, toll road authority officials said Wednesday that any traffic reduction might last three to four months at best.

"If we're successful, we'll have during those hours a reduction of 20 percent of the volume," said Lisa Castaneda, deputy director with the Harris County Toll Road Authority. "We think it will last three to four months."

If the authority is successful in getting that 20-percent reduction, the tollway -- known officially as the Katy Managed Lanes -- will go from 500 cars every 15 minutes to 400 cars. But only for those few months.

The toll authority's reason for the toll increase is to help decrease congestion on the managed lanes, especially during rush hour and to push drivers to other forms of transportation.

"We're asking people to pay more to get them to consider another choice because we have a congestion problem," Castaneda said.

The toll hike was not decided on in a vacuum, officials said. The Texas Department of Transportation is planning to add another lane on the Katy Freeway by repainting the lanes slightly narrower to add a fifth lane.

The toll authority is also considering having HOV vehicles -- which currently use their own lane on the tollway -- purchase a transponder such as EZ TAG. That would allow both HOV and toll payers to use managed lanes at any time.

Whead Peoples, who often drives the Katy Managed Lanes, questions whether this will work. He believes any eased congestion will be back on the managed lanes "maybe sooner."

"It's going to be congested anyway," he said. "Where else do they have to go? It's a busy city."

The rates will go up by as much as $1.20 at each of the three tolling points along the 12-mile route between the 610 Loop and State Highway 6. With the price spike, the price of a complete trip along the lanes will jump from $7 to $10 at peak commuting times starting May 30.

And when the Katy Managed Lanes are as congested a few months from now as they are today, toll authority officials say there are no plans to reduce the toll. In addition, officials have not ruled out additional, future toll hikes.

"It's too much," said motorist Rebecca Cabral, who said she avoids the toll road whenever possible. "Too much for those that use it."

The Katy Managed Lanes has been one of the Harris County Toll Road Authority's roads with the greatest number of increased users since it opened in April 2009. And drivers haven't appeared to mind forking over the tolls.

And while toll road officials said the nearly 43-percent hike is not about money, raising tolls and cutting cars will increase the managed lanes' bottom line by 15 percent.

The Harris County Toll Road Authority, which also manages other toll roads such as the Westpark Tollway and the Sam Houston Tollway, is certainly not short on money.

After paying $51 million dollars in salaries annually, $200 million in operating costs, in addition to ongoing payments on the billions in construction debt, the toll road authority is still sitting on nearly $829 million. Indeed, in last year alone the authority had a $109 million surplus.

The authority oversees 120 miles of roadway in Houston and Harris County and 12 miles in Fort Bend County. 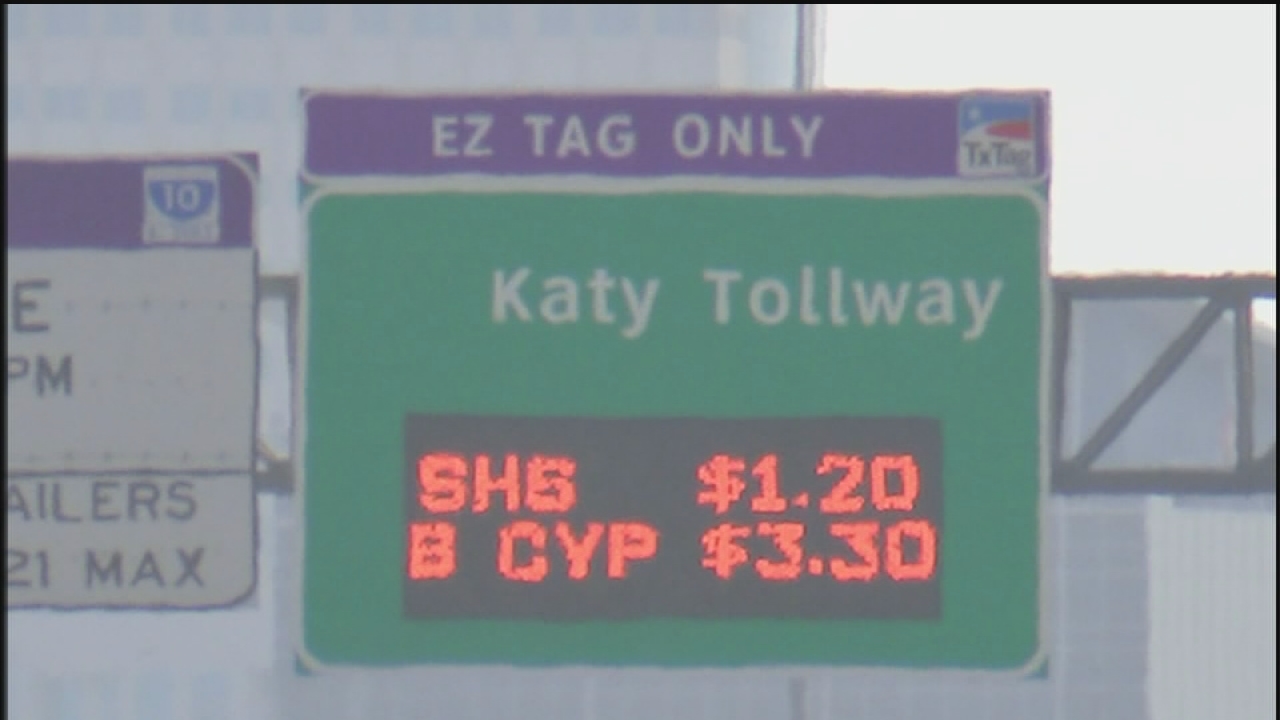