Charges pending for man who waded into river full of bears for selfie: NPS 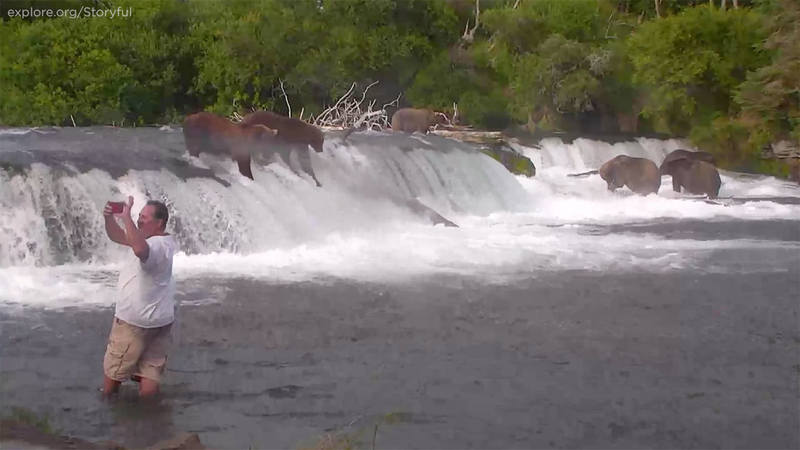 Man wades into river full of bears for selfie

KING SALMON, Alaska -- A man who was caught on camera wading into a river full of feeding bears to snap a selfie could soon face charges, according to the National Park Service.

The man was part of a group of three people who NPS said entered a closed area of Katmai National Park & Preserve in Alaska earlier this month. Explore.org's popular Bear Cam captured the man as he waded into water knee-deep while five bears fed in the river nearby. After snapping his selfie, the man remained in the river for approximately 90 more seconds, taking photos and observing the bears before he returned to the shore.

It's not clear if the bears, who were feeding at the time, noticed the man.

People watching the webcam did notice the man, though, and they contacted park rangers to report his behavior. Rangers made contact with the man and are finalizing charges against the group, whose identities have not been released.

Visitors must stay more than 50 yards away from a bear using a "concentrated food source," according to park regulations. Disruptions in feeding could impact the bears' ability to survive through the winter and could also lead to an altercation, park officials said.