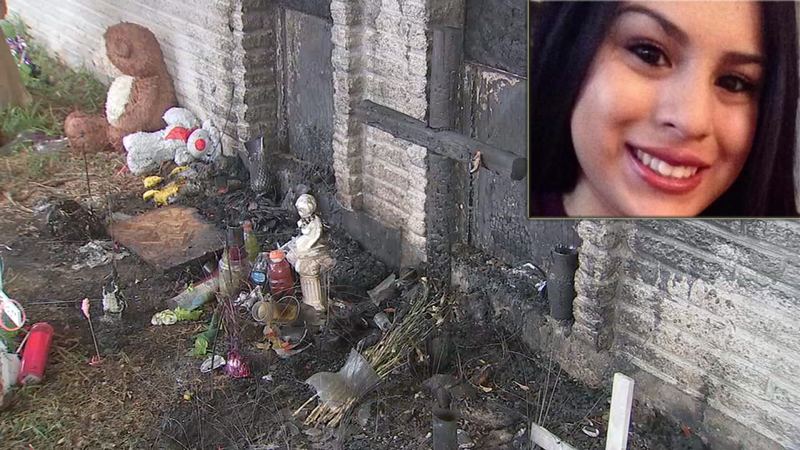 In late May, 15-year-old Karen Perez was found dead inside an abandoned apartment complex in the city of South Houston. Search crews found her body underneath a kitchen sink. Police charged her 15-year-old boyfriend with the crime.

Ever since, family and friends have kept up the memorial for Karen.

"I was the first one who got on scene. You can see the structure there where the boards were burning. I was able to put that out with the fire extinguisher," said Sluder. "They had the little glass candles sitting on the bottom of that. That's what caused the boards to catch on fire. There was nothing suspicious about that. No accelerants or anything like that."

Karen's mother, Rocio Perez, and other family members returned to the memorial Tuesday afternoon to clean it up. They plan to ask city leaders to do something about the dilapidated property at 1600 Avenue N.

After much community pressure, the city's "Dangerous Buildings Committee" plans to meet at 6pm tonight inside the city of South Houston's Municipal Court at 1019 Dallas Street.

The Perez family said they want people to turn out and voice their outrage about the property.

Mayor Joe Soto declined to speak on-camera about the situation. He told abc13 he also wants a solution.