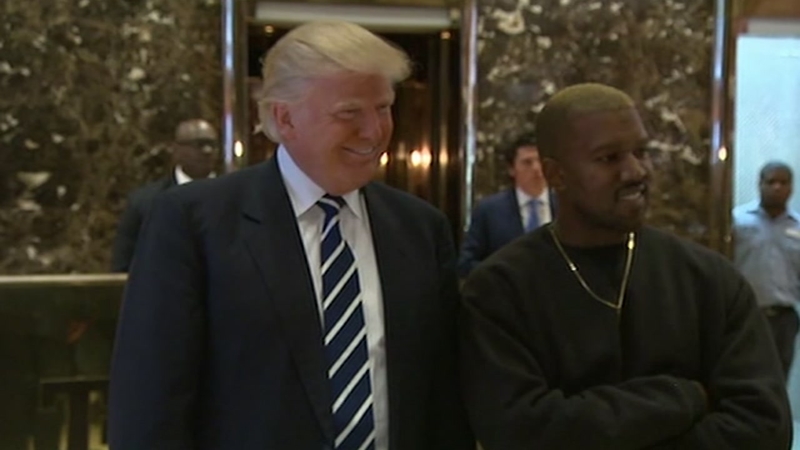 He arrived around 9:15 a.m. and said "hey" but did not answer questions thrown at him.

After several minutes of posing, West was asked why he didn't have anything to say. "I just want you to take a picture right now," he responded.

As they left, Trump hugged West and said, "you take care of yourself. I'll see you soon."

West was rushed by ambulance to UCLA Medical Center from the home of his Hollywood trainer Harley Pasternak on Nov. 21. The trainer, who also works with West's wife, Kim Kardashian, said the rapper was suffering from exhaustion and sleep deprivation.

West went home after being hospitalized for more than a week.