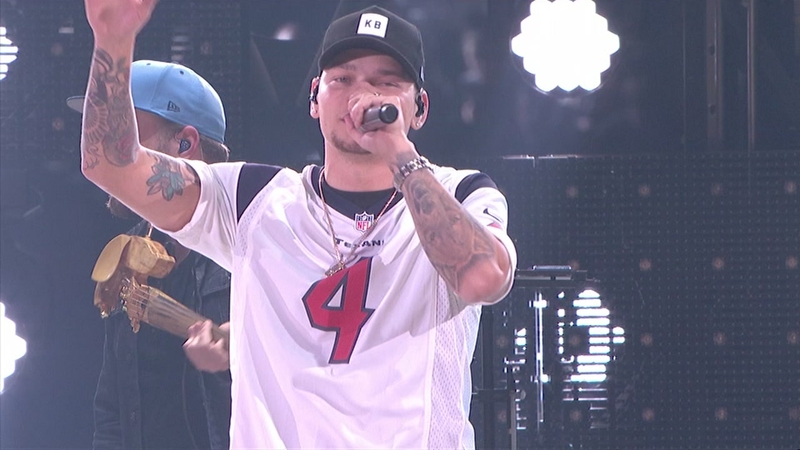 HOUSTON, Texas (KTRK) -- The Texans don't take the field at NRG Stadium for months, but a Deshaun Watson jersey was spotted at the 50 yard line on Saturday night.

Brown sported the quarterback's jersey during his performance in front of a crowd of more than 75,000 screaming fans.

Cardi B will take the star-shaped stage at RodeoHouston Friday night.