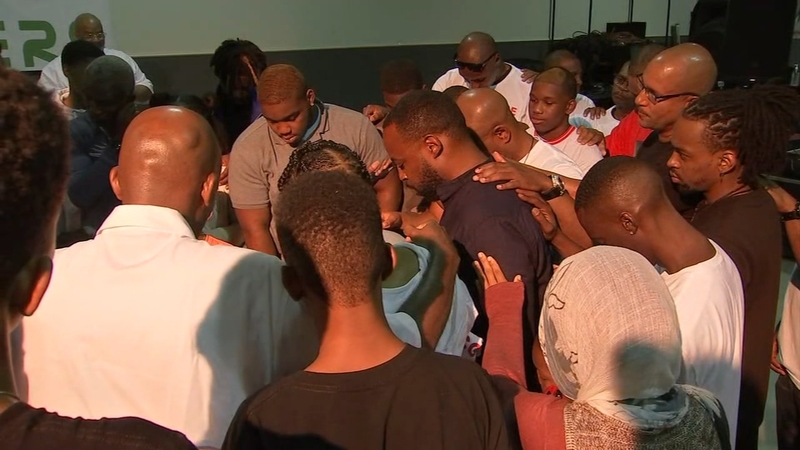 On Sunday, he was embraced by a group of men at a "Encourage Black Father's" event.

"I felt his spirit. His strength is inspiring to me. He's lost a child and to hear the optimism in his voice is very inspiring and it inspired me, too. I believe it will inspire other fathers as well," said Muhamed.

Standing in a circle, the fathers in attendance wrapped their arms around Kenyatta and four of his sons who came with him. They prayed for the grieving father.

"That's the most important part, healing. And it's nice that people are doing nice things, giving nice things. But to actually do something that's gonna affect me in the long run, that's all I could ask for," Jones said.

RELATED: 'Nothing points to this family,' HCSO says Channelview family was not intended target in deadly shooting of 11-year-old

Kamren was laid to rest on Saturday in north Houston.

Harris County Sheriff's Investigators are still searching for whoever is responsible for the shooting.

Family friends have set up a go fund me page to help the father and his kids.